News and Highlights in October 2022 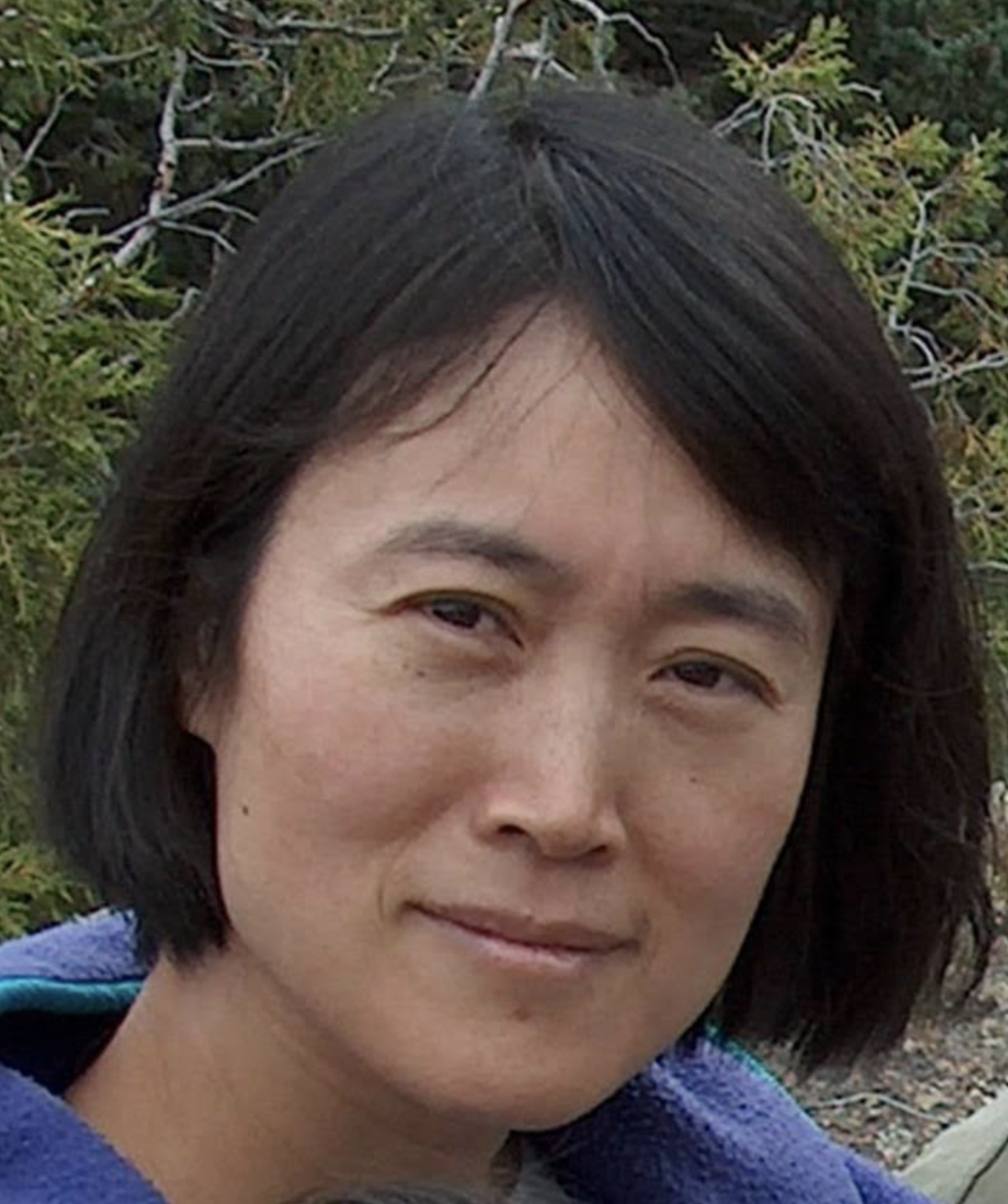 The American Geophysical Union has announced its 2022 Class of AGU Fellows. Fellows are chosen because of their innovation or scientific impact. Among the chosen is Rutgers’ Ying Fan Reinfelder. Reinfelder is an RCI affiliate and a professor in the Department of Earth and Planetary Sciences and the Department of Environmental Sciences. She focuses her research on hydrological processes, including the global water cycle, climate change, and terrestrial biogeochemical cycles. 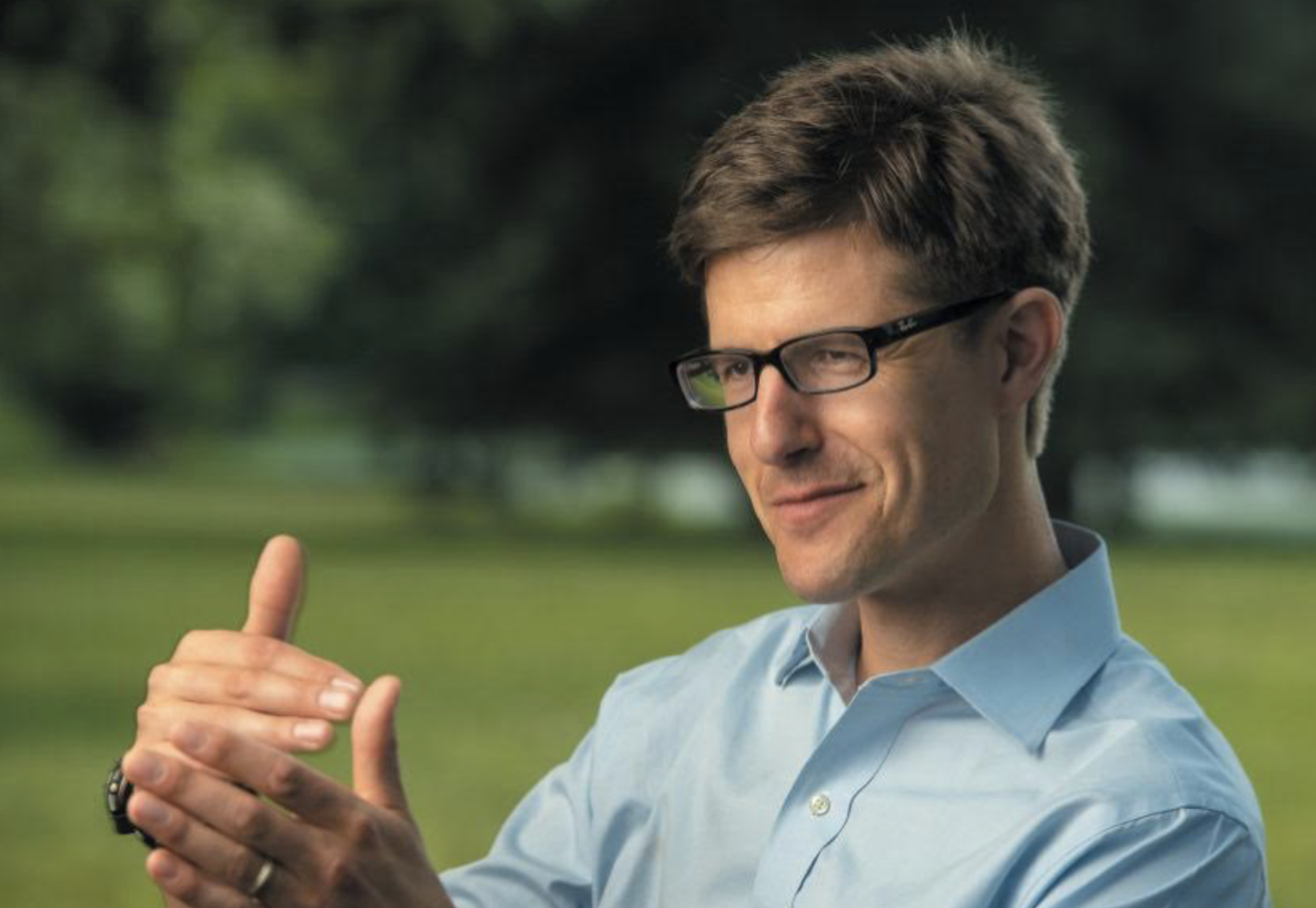 Rutgers Institute of Earth, Ocean, and Atmospheric Sciences reports on a study concerning coral reefs. Coral reefs carry the capacity to adapt to climate change, if given the opportunity, according to a study by the Coral Reef Alliance, Rutgers University, and the University of
Washington. The study was published in the journal of Nature, Ecology, and Evolution. “Evolution happens when corals that have already adapted to new environmental conditions breed with corals that have not yet adapted,” said Malin Pinsky, associate professor at Rutgers, an RCI affiliate and a coauthor of the study. “As ocean temperatures rise, we need to keep corals in hotter waters healthy and protected so they can reproduce and spread their heat tolerance to other coral reef areas.” Although coral reefs cover less than one percent of the earth’s surface, they are home to about 25% of marine life. Scientists predict that 99% of coral reefs will be gone by the end of the century without conservation efforts. They recommend local efforts to save the reefs; for example, the Coral Reef Alliance identifies removing local threats to coral reefs such as pollution, sedimentation, overfishing and unsustainable tourism. 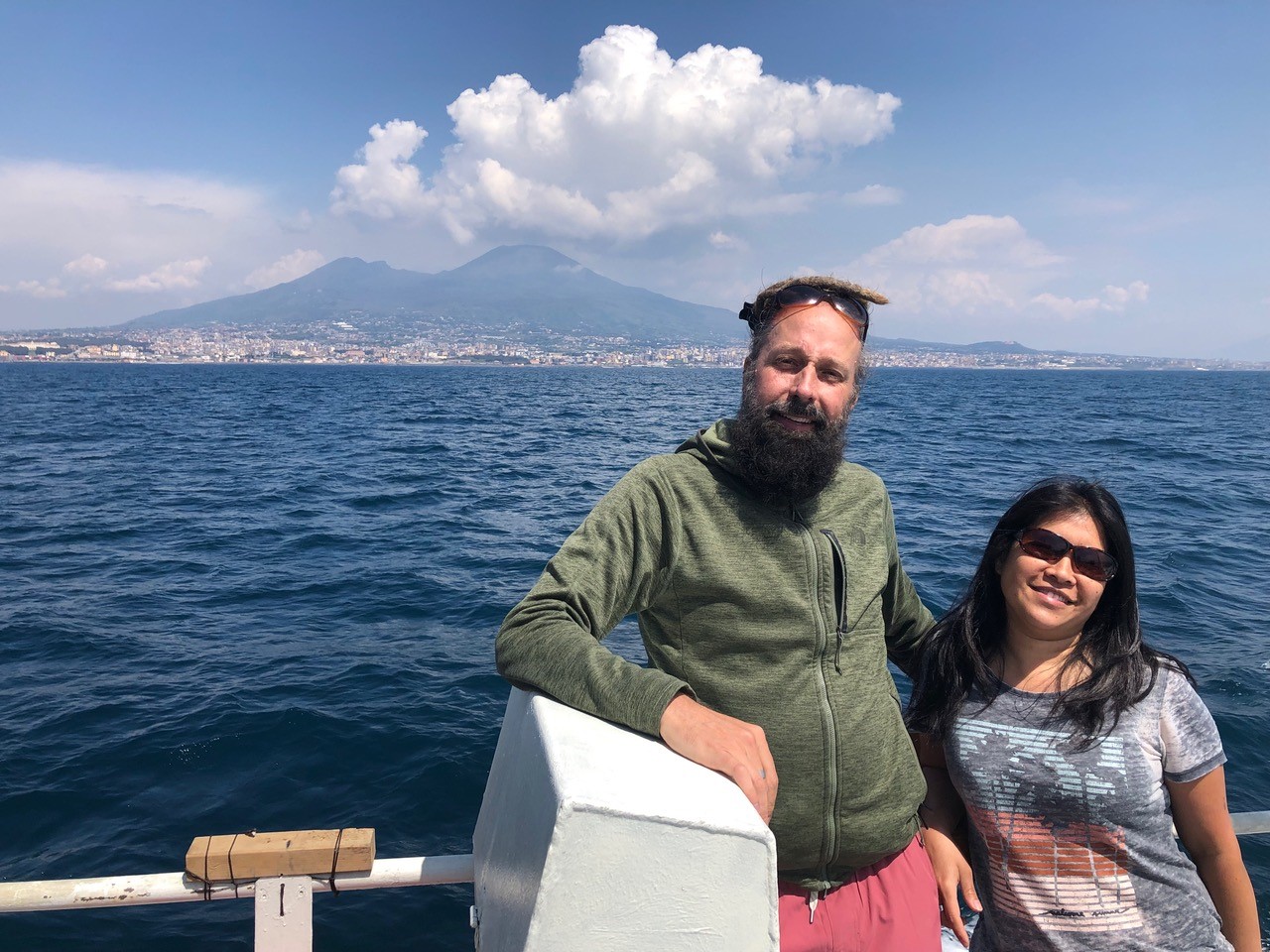 Rutgers Institute of Earth, Ocean, and Atmospheric Sciences reports on research by Rutgers faculty Kimberlee Thamatrakoln and Kay Bidle, They traveled to Naples to study the virus infection of phytoplankton and its effects on the export of carbon to depth. Their studies
contribute to the knowledge of how marine viruses affect the carbon cycle. “Everything went fantastic, and we were thrilled to have this opportunity,” Bidle said. “The enthusiastic response and the inclusive desire of the broader community (including scientists from Northern Italy who normally work in freshwater deep lake systems) was really amazing . . . and added new measurement capabilities and insights.” The research was supported by grants from Rutgers Global, EOAS, and the NSF. Phytoplankton are the primary producers of oxygen. Their interactions with viruses, which are the most abundant entities in the ocean, are thus critical. There are 10 million viruses in every drop of seawater,” Bidle said. “In other words, there are ~10e30 viruses in the world’s oceans, meaning there are a billion more viruses in the oceans than there are stars in the universe, and yet scientists still don’t fully understand how they impact our planet’s carbon cycle.” “The virus shunt and the virus shuttle determine the fate and flow of carbon in the oceans,” Bidle said, because “the shunt and shuttle processes critically impact the ocean’s role as either a source of carbon dioxide – when the ocean generates carbon dioxide out into the atmosphere (in other words when phytoplankton remain in the ocean’s surface respirating) – or as a sink for carbon dioxide – when the ocean pulls carbon dioxide from the atmosphere (or exports it) and stores it into the deep ocean (when phytoplankton sink). Bidle is among the first to show that marine virus infections actively stimulate the mass export of carbon. 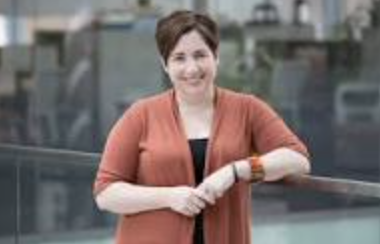 Cara Cuite, an RCI affiliate, has been a resource as to why people may not evacuate during a hurricane in the wake of Hurricane Ian. To NPR she said that "evacuation is not as easy as it may seem if you are outside of the evacuation area”. "It's easy to think: Of course, people should just pack up and leave," she said. But for "people with disabilities, those with pets or simply [if] you don't have a car or enough money on hand to leave, that can make it really challenging”. To CNBC, she said that “not having transportation, or if you have a disability or have pets, any of those things can make it hard for folks to leave”. Describing Lee County’s mixed success in evacuating its residents in an interview with MSN, she said “It’s hard to do it in a snap”. “That’s certainly a challenge, of how do you get the word out to people especially when they’re sleeping.” 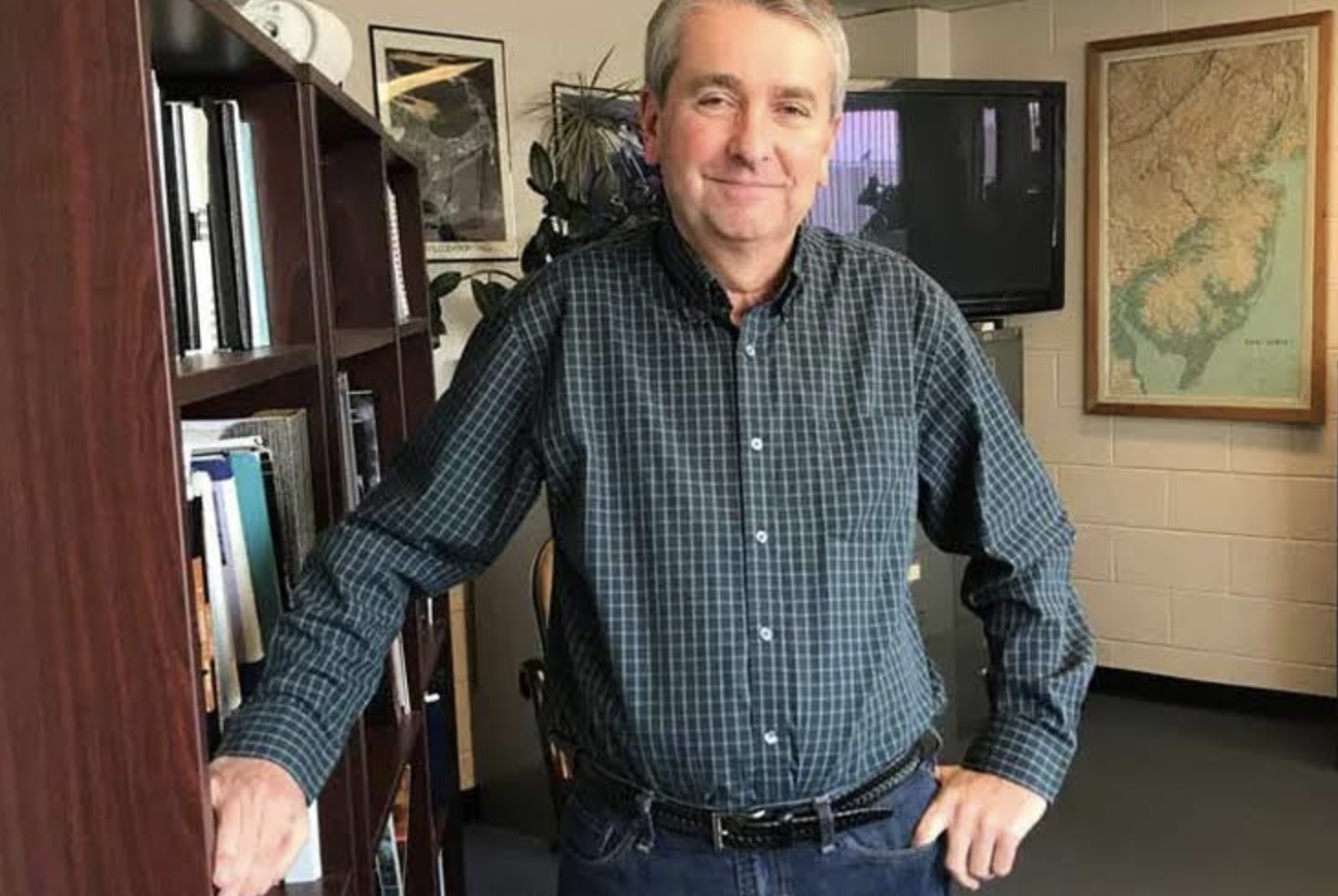 NJ 101.5 interviewed Dave Robinson, NJ State Climatologist and RCI affiliate about drought and rainfall from Ian. He said above Route 80 in North Jersey, “there’s been very little rain from this system, a tenth of an inch, rather than 5 or more inches in the South, and there, moderate drought conditions still remain.” In most of South Jersey, the rain has been a big help. “That’s going to go a long way toward making up rainfall deficits, but we still have to keep an eye on our groundwater levels, they’ve been depleted going back to last winter,&quot; Robinson said. He said that while we are still not totally back to normal in South Jersey but “this has been a major improvement south of 195.” He said between Interstates 195 and 78, “there’s been several inches of rain, particularly in Monmouth County and over to southern Middlesex, which has been the driest area of the state going back 60 to 90 days.” 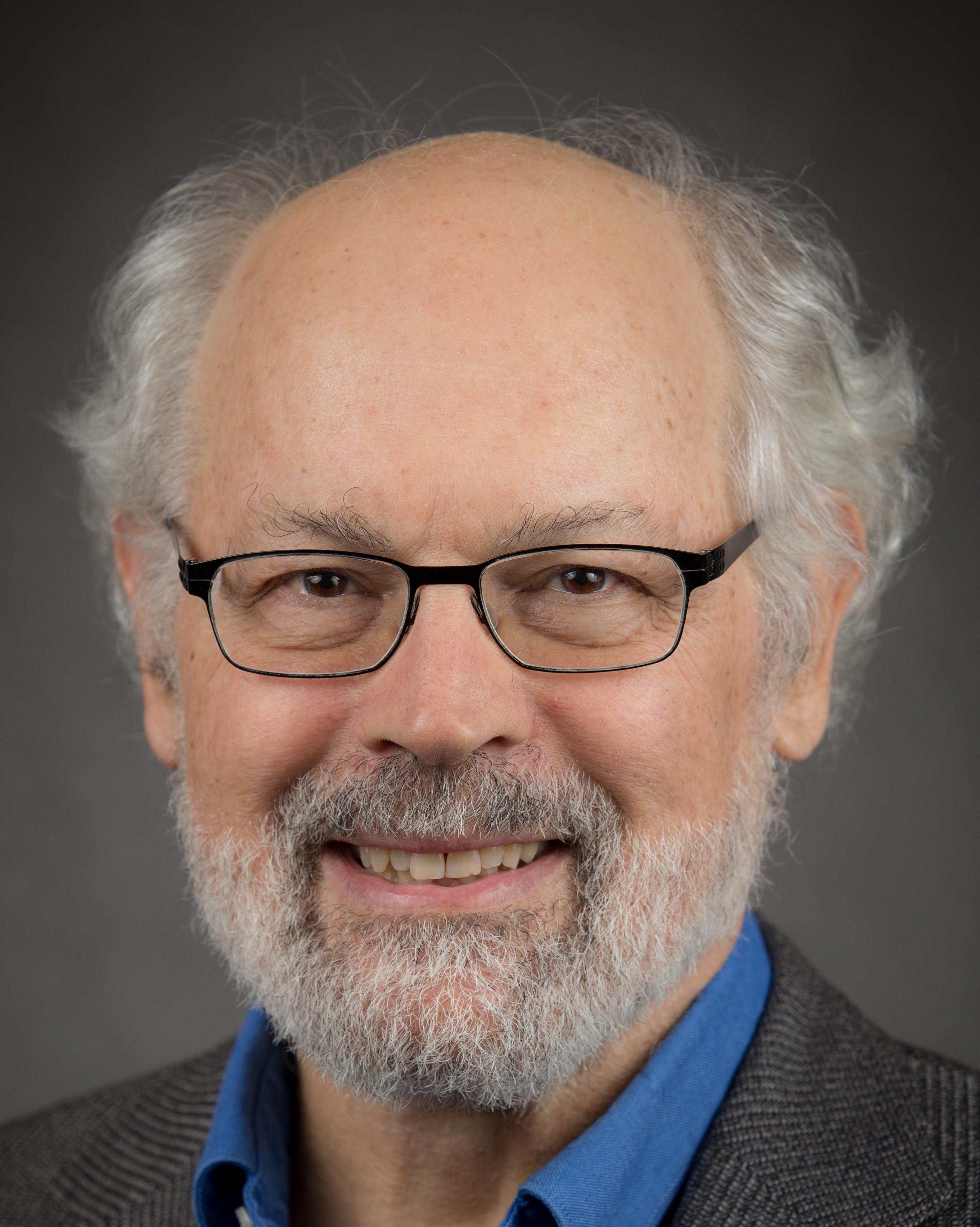 19fortyfive.com reports on the possible death toll of a nuclear war between Russia and the United States. Russia has recently threatened the use of a tactical nuclear weapon, prompting President Biden to speak about a pending armageddon. Forecasters say that the chance of a nuclear weapon being deployed has increased by a factor of ten. A Rutgers University study found that a nuclear war between India and Pakistan could kill a third of the world’s population. In a war between the US and Russia, three-quarters of the world’s population would die. “It’s really a cautionary tale that any use of nuclear weapons could be a catastrophe for the world,” the study’s author, Rutgers climate scientist and RCI affiliate Alan Robock, said. Nuclear detonations that would cause massive fires, filling the atmosphere with soot and blocking the sun. Agriculture would collapse. “In my opinion,” Robock said, “our work is an existential threat to nuclear weapons – it shows you can’t use nuclear weapons. If you use them, you’re like a suicide bomber. You’re trying to attack somebody else but you’ll die of starvation.” Any of the nuclear powers could cause a catastrophic collapse of the planet’s agricultural capabilities, threatening most of the world’s population. 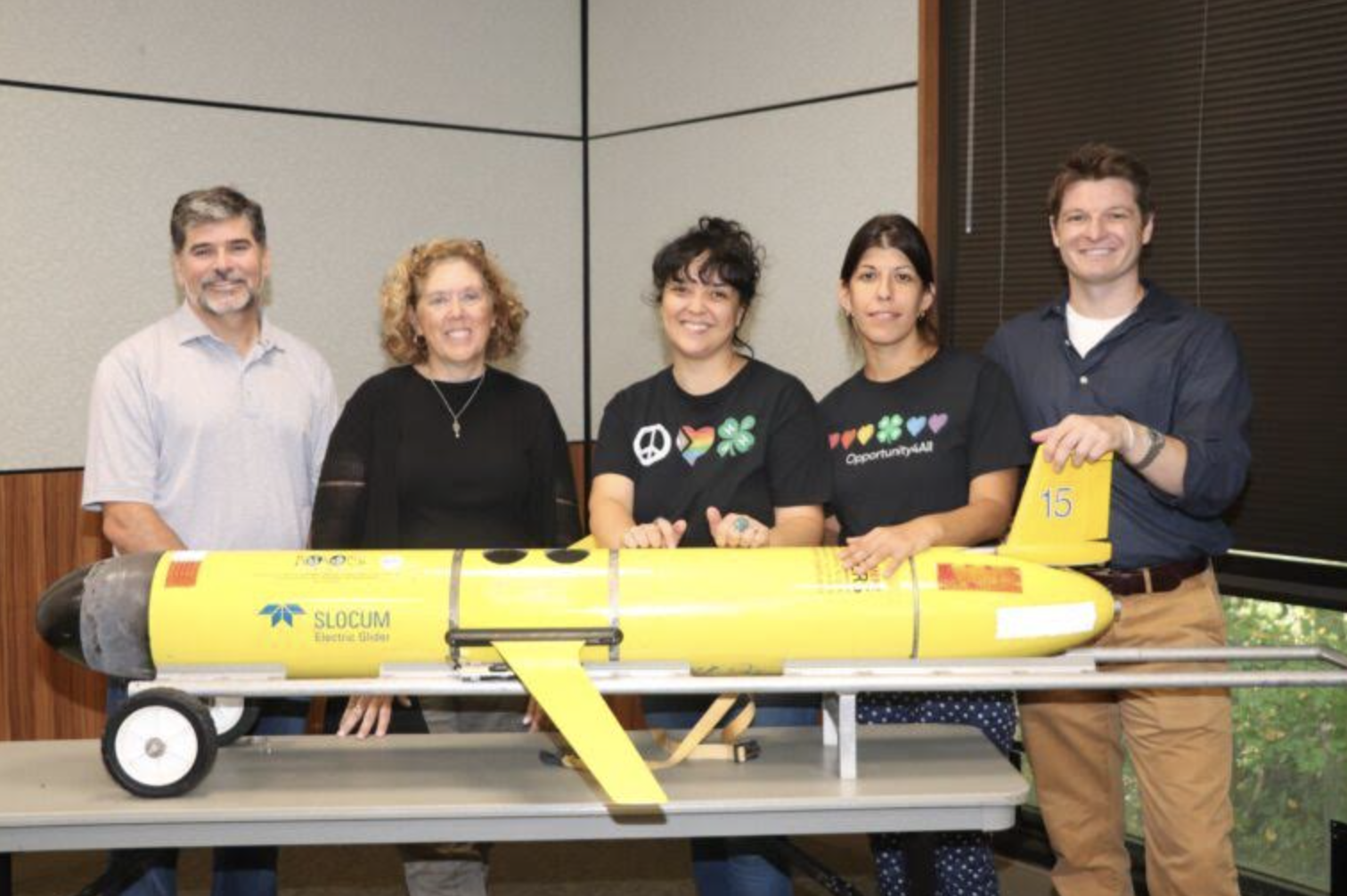 SEBS/NJAES News reports that the Rutgers Cooperative Extension has teamed up with Cornell University to bring educators across NY and NJ to the New York Aquarium for a professional development experience. They will be introduced to 4-H Stem Challenge Explorers of the Deep through a hands-on activity demonstration of the Ocean Explorers Augmented Reality (AR) board game and Ocean Communicator activity. The educators will then roll out the 4-H Stem challenge to students. The activities include an ocean robot test tank, an ocean expedition board game, and an ocean communicator trivia card set. Among the educators chosen were Rutgers’ Josh Kohut and Janice McDonnell, who are both RCI affiliates. “We’re thrilled to focus this year’s STEM Challenge on research associated with the Center for Ocean Observing Leadership (COOL) at Rutgers University including the innovative ocean robot technology developed by Teledyne to remotely study the global ocean,” said Janice McDonnell, who is in the Department of 4-H Youth Development as well. “The data the ocean robots collect is invaluable in helping us understand ocean circulation, the effects of a changing climate, and how to mitigate the impacts. We hope that young people across the country will have fun, learn, and ultimately communicate, share, and take action to shape a positive future for our planet.”