News and Highlights in September 2019

RCI affiliate David Robinson discusses the influence of anthropogenic global warming on tropical cyclones, flooding in New Jersey, and sea level rise in an interview for app.com. While data is limited because of the infrequent nature of tropical cyclones, numerical models generally agree that storms should increase in intensity but not necessarily in number.

President Robert Barchi announced he fully supports developing a plan to reach carbon neutrality at Rutgers University by 2030, reportsThe Daily Targum. Rutgers staff have recently been speaking out about the need for the next President to commit to such a goal.

Research by Rutgers University, including RCI affiliates Ken Miller and Robert Kopp, is raising questions about the future of Philadelphia International Airport amid sea level rise, highlighting the need for increased resiliency reports Aviation Pros. A planned 152 acre airport expansion is being designed with this research in mind, while additional barriers and pumps have already been added.

Highways along the Jersey Shore are increasingly at risk of flooding as sea levels rise, but there is no comprehensive plan for raising highways across New Jersey, reports NJ.com. The state maintains a specific database to determine vulnerable roadways and flooding hotspots, flagging 200 locations currently. RCI affiliate Lisa Auermuller hopes that in the future, roadway flooding will be incorporated into the State Hazard Mitigation Plan, which could open up a path for federal funding to assist in road-resilience projects.

Warmer and cleaner waters are leading to an increased number of whales according to Rutgers doctoral student Danielle Brown. The increase is likely explained by the growing population of Atlantic menhaden, a major food source for whales. The risk of dangerous interactions between whales and humans in New York and New Jersey harbors will become heightened if this trend continues.

A study published in Science Advances finds that climate change may reduce the ability of soils to absorb water in many parts of the world due to decadal increases in precipitation, runoff, and erosion, reports Rutgers Today. Rutgers professor Daniel Gimenez, a co-author of the study, emphasizes that water in soil is crucial for storing carbon and any changes could influence the level of carbon dioxide in the future.

As Rutgers University searches for its next President, some staff recommend a president whose number one priority will be to make Rutgers carbon neutral, reports NorthJersey.com.

A report authored by RCI assistant director Marjorie Kaplan and RCI affiliate Jeanne Herb finds that to achieve climate change policy goals, states must target low-income households and communities, environmental justice communities, and those living in areas likely to be flooded by sea level rise, reports NJ Spotlight. The report and summary can be found here.

RCI affiliate Lisa Auermuller asks the public to help scientists in documenting the ‘king tide’ that occurred along New Jersey coastal areas from late August through September 2nd. The king tide, also known as a perigean spring tide, is important to document as sea level rise increases its impacts.

RCI affiliate Josh Kohut discusses the main reason behind wildly different water colors at the Jersey Shore. When upwelling occurs along the Jersey shore, it brings nutrients to the surface, which in conjunction with sunlight, can lead to a plankton bloom that brings torquoise-like colors to the Jersey shore.

Massive wildfires in British Columbia in August of 2017 created an enormous smoke cloud that injected black carbon into the stratosphere, providing insights into the potential global climate impacts of nuclear war, according to an article published in Science. According to study co-author and RCI affiliate Alan Robock, this research validates previous theories of smoke lofting.

RCI co-director Anthony Broccoli and RCI affiliate David Robinsondiscuss the impacts of a hurricane in 1944 that traveled along the Jersey shore and made landfall in Long Island. Described as New Jersey’s most physically destructive tropical system of the 20th century, the storm delivered a massive storm surge as the storm occurred very close to high tide, according to Broccoli.

RCI affiliate Mark Robson was featured in a news article by the Rutgers Global Health Institute, exploring his career studying the effect of environmental exposure to agricultural chemicals. 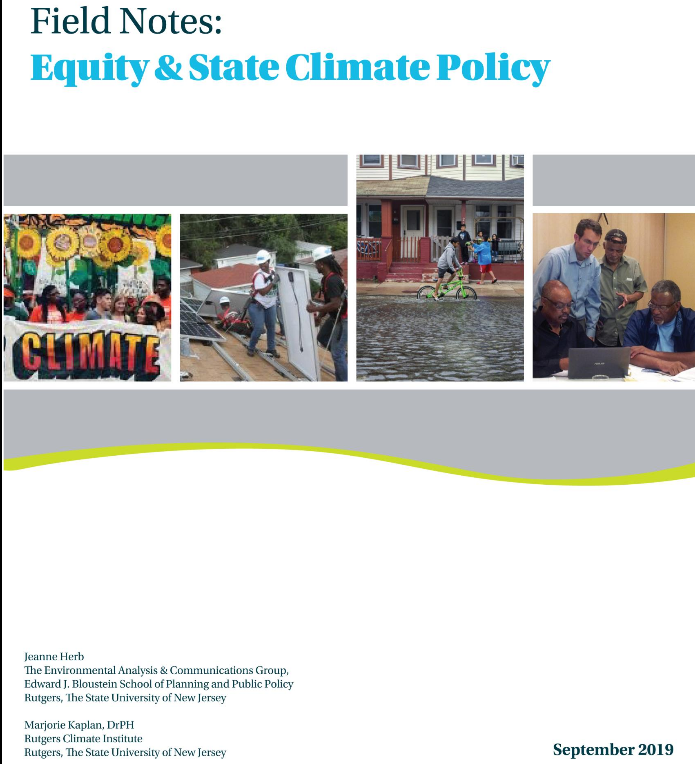 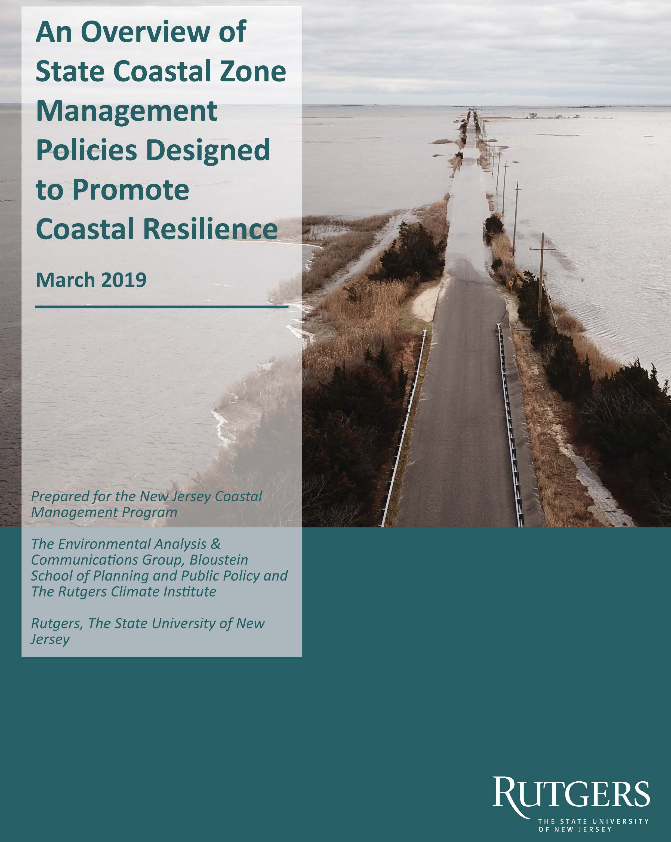