News and Highlights in August 2021

JCNERR AND NJDEP Launch Programs to Disseminate Coast Flood Risk in NJ
The Jacques Cousteau National Estuarine Research Reserve has partnered with the New Jersey Department of Environmental Protection to launch New Jersey MyCoast to communicate potential flood impacts, according to the NJAES/SEBS Newsroom. By documenting flooding in tidal rivals, bays, estuaries, and oceans, MyCoast is designed to help residents understand the connection between these coastal places and where they live. My Coast provides daily and monthly tide times as well as predicted water levels across NJ. NJ is the 10th state to establish a MyCoast portal, a NOAA supported venture.
On May 24-29, 2021, a contest of pictures depicting the most vulnerable places to flooding, called the King Tide Photo Contest, was used to kick off the program’s launch. This summer, JCNERR and NJDEP are running a campaign based around the theme of “Know Your Tides, New Jersey”. The theme was chosen because NJ residents and visitors need knowledge of tides to maximize their enjoyment of the summer and avoid flood related impacts. 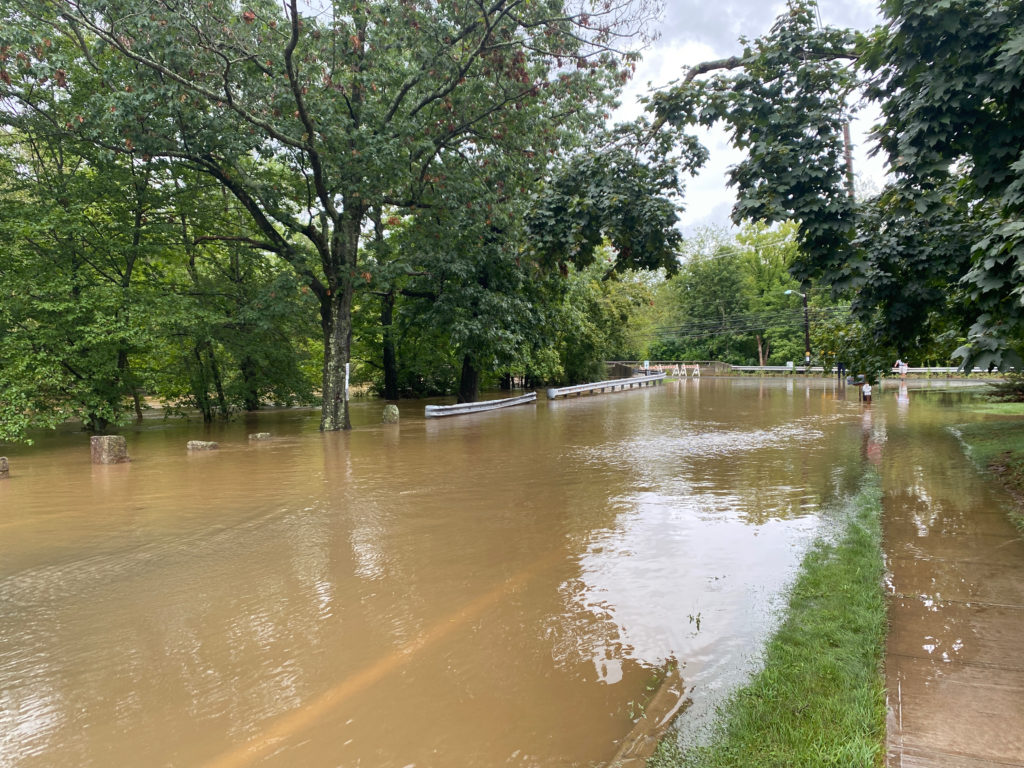 David Robinson Discusses NJ’s Second Wettest July in 50 Years
NJ Spotlight News reports on the review of New Jersey’s July weather by David Robinson, NJ state climatologist and a Rutgers Climate Institute affiliate. Robinson expressed his amazement of last month’s weather, citing events “including a tropical storm, a record-tying number of tornadoes, large hail, flash floods, hot days, chilly nights, smoke-filled skies, and on the last day of the month, perhaps the nicest day of the summer.” Robinson notes that the state received 7.59 inches of precipitation, registering 2.88 inches above the 30 year normal. The total of nine tornadoes to hit New Jersey is the highest ever according to Robinson, exceeding July 1987 and November 1989. 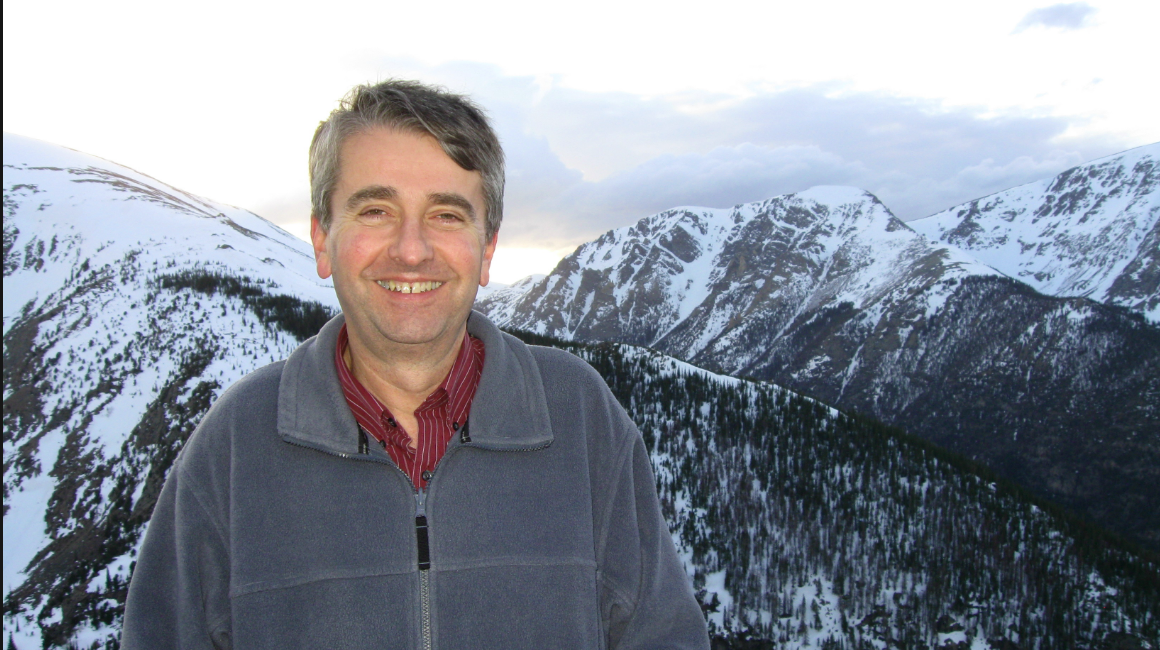 Jeanne Herb, Executive Director of the Bloustein School’s Environmental Analysis & Communications Group and Co-Director of the NJ Climate Change Resource Center and RCI affiliate has been appointed Chair of the Planning Committee on Communities, Climate Change, and Health Equity – A Workshop Series by the National Research Council, reports the Bloustein School at Rutgers University. The workshop will explore the current state of scholarship and knowledge regarding climate-related health disparities. The council will hope to work with communities to ameliorate climate-related health outcomes and facilitate health equity. Herb’s work involves shared efforts to inform evidence- based public policy regarding health equity outcomes from the environment. Herb Co-Directs the state’s Climate Change Resource Center, a statutorily established and academically housed service center providing support to communities, state and local decision-makers and the private sector to advance equitable and science-informed climate change solutions. 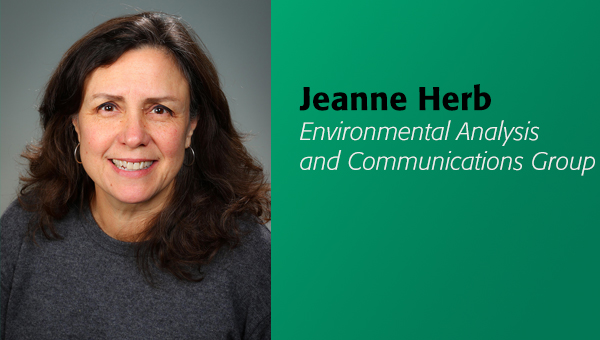 Increased sea-level rise will impact the Gateway National Recreation Area Sandy Hook’s groundwater system, according to a new study by the U.S. Geological Survey, reports NJ Spotlight. The global average temperature will increase by about 1.5 degrees Celsisus over the next two decades, resulting in a sea level rise of 1 to 2 feet. “Not paying enough attention to the below-ground part of the world is the norm, be it sea-level rise or other hydrologic/ecologic changes, simply because it is a lot harder to see and expensive to measure the hidden half of the world,” said Ying Fan Reinfelder, a professor of hydrology in Rutgers University’s Department of Earth and Planetary Sciences and a Rutgers Climate Institute Affiliate. At Sandy Hook, the unique Bayside Holly forest is reliant on a thin layer of fresh groundwater which is jeopardized by the sea level rise. The rising saltwater table will force salty water into the roots of the unique forest, harming it. “Saltwater intrusion will be exacerbated by both aquifer overpumping (reducing freshwater pressure from the land side) and sea-level advance (increasing saltwater pressure from the ocean side),” said Reinfelder. “Think of it as two pressure systems against each other, and the saltwater pressure is (going) to win since it is getting stronger while the freshwater pressure is getting weaker.” One hope is that if sea-level rise is slow enough, natural ecosystems could adapt by migrating. Additional information on the impacts of sea level rise to coastal forests in the Northeast Region can also be found in this report led by Rutgers Climate Institute. 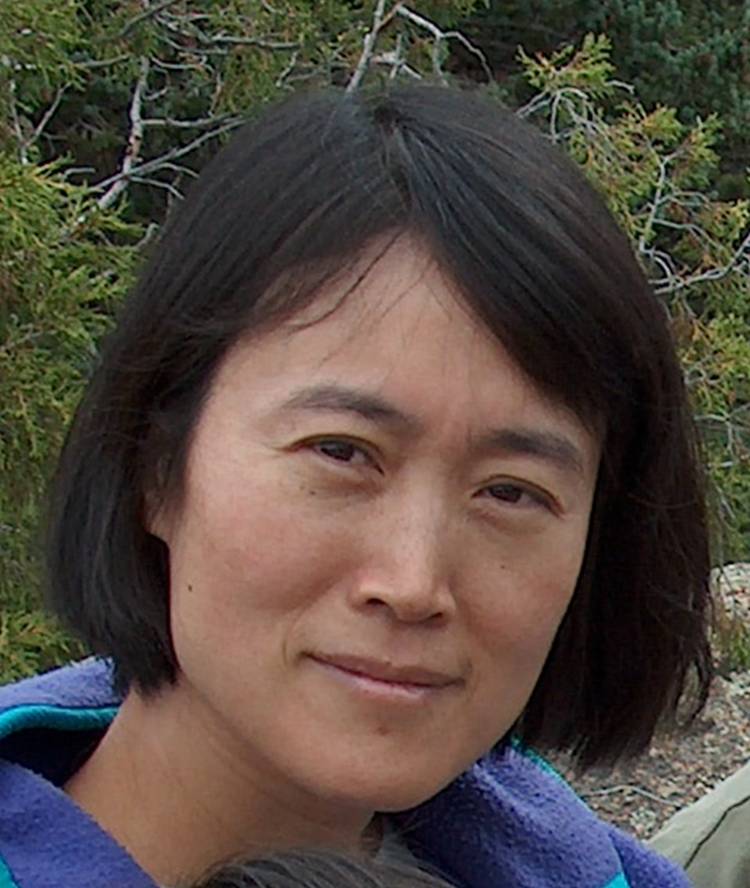 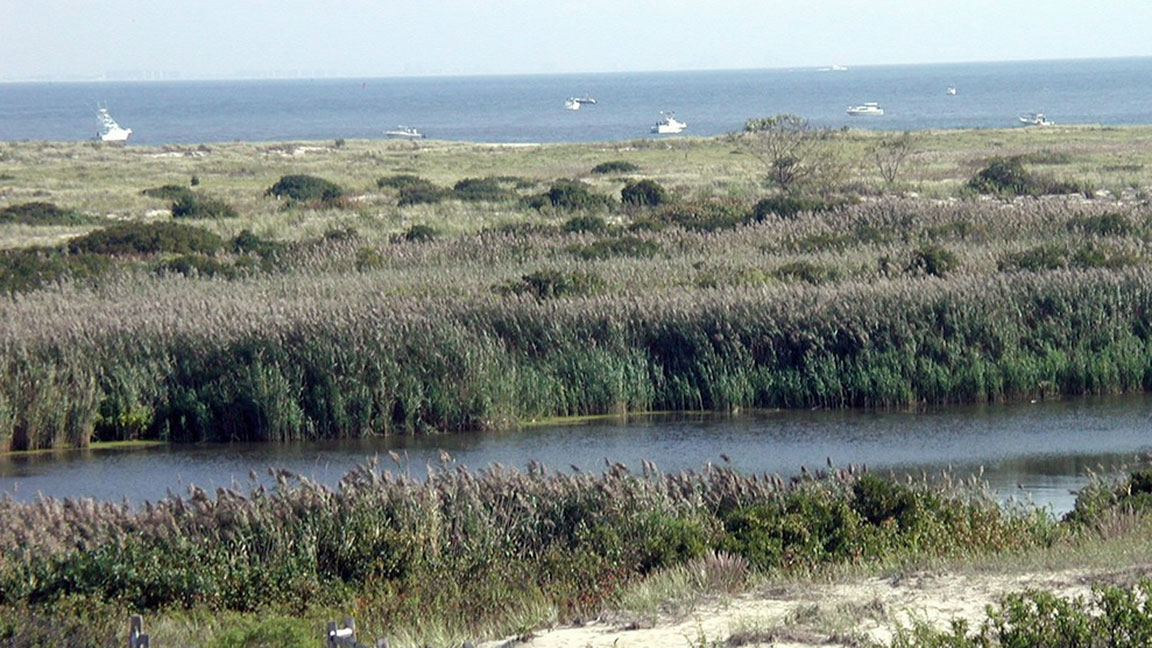 “Could smoke from wildfires become common in NJ?” asks NorthJersey.com. Recent smoke from the ongoing wildfires in the Western United States has impacted New Jersey air quality. Dr. David A. Robinson, NJ State Climatologist and Rutgers Climate Institute Affiliate, has published a report that helps explain the recent smoke. His report indicates that microscopic smoke particles were found, resulting in some of the “unhealthiest air in this region in a number of years.” Bob Allen of The Nature Conservancy in New Jersey, compares wildfires to lottery tickets. Given that there will be a higher chance of wildfires, there will be a higher chance of bad air quality.

The Working Group 16th Assessment Report of the IPCC: Climate Change 2021: The Physical Science Basis has been described by UN Secretary-General Antonio Guterres as a “code red for humanity.” Anthony Broccoli, co-director of the Rutgers Climate Institute, explains why on NJSpotlight. “Depending on how much additional greenhouse gases we put into the atmosphere, sea level could rise from anywhere between 2 and 4 feet by the end of this century,” indicates Broccoli, which could cause coastal flooding. He says that the largest contributors of climate change are carbon dioxide and methane, suggesting that almost zero greenhouse gas emissions would be necessary to prevent further global warming. There have been natural changes in climate, such as the Ice Ages, adds Broccoli, but the current changes have occurred at a speed unprecedented.

Rutgers Water Resources has graduated 122 green infrastructure champions, reports MorningAgClips. The program empowers local stakeholders to encourage their municipalities to implement green stormwater practices. The program certifies the champions to be able to enhance their knowledge, encourage their communities, secure funding, and raise awareness. The champions were diverse in both location and occupation. They came from New Jersey to Kansas to the Caribbean and came from backgrounds in government, nonprofits, academic institutions and private business.

“Why does the ocean water at the Jersey Shore vary in color?” asks NJ.com. They ask marine experts, including Josh Kohut, a professor of marine and coastal sciences at Rutgers University and Rutgers Climate Institute Affiliate. Kohut indicates that the answer lies in the concentration of sediment and phytoplankton. “Just like plants on land, the plants in the ocean need sunlight and they need nutrients in order to grow,” said Kohut. Cold water, brought on by a south- southwest wind brings nutrients which cause the plankton to bloom, appearing as that light blue, tropical color. Near rivers, which carry sediment into the ocean, the water may have a murky, brown color. Strong winds can also churn sediment up, resulting in a similar effect.

The COVID-19 pandemic, potentially of zoonotic origin, has made clear the need for scientists to understand and prevent zoonotic transmission. Last month, New Jersey became the first state to legislate a “One Health Task Force,” which facilitates communication between state agencies and scientists of human and animal health, reports NJ Business Magazine. Dina Fonseca, director of Rutgers Center for Vector Biology and Rutgers Climate Institute affiliate, speaks to the task force’s importance: “Six out of every 10 infectious diseases in humans spread from animals or by animals, such as mosquitos and ticks; furthermore, an environment impacted by pollution or overuse can foster the proliferation of antibiotic-resistant bacteria and insecticide- resistant pests or can only produce monocultures of food of limited nutritional value. The task force will give scientists in various disciplines, health officials and lawmakers an infrastructure for communication and collaboration. By sharing our data and expertise, we can find better solutions and act faster”.

On Monday August 9, 2021, the Intergovernmental Panel on Climate Change released its Working Group I 6 th Assessment Report “The Physical Science Basis.” The report finds that human influence has warmed the climate at a rate that is unprecedented in at least the last 2000 years, its affecting every inhabited region across the globe contributing to many observed changes in weather and climate extremes; that global temperature will increase until mid-century under all emissions scenarios and that warming of 1.5 to 2 degrees C will be exceeded during this century unless deep reductions in carbon dioxide and other greenhouse gas emissions occur in the coming decades; that changes (such as heat extrmes, marine heat waves, heavy precipitaton, droughts in some regions, reduction in Arctic sea ice, and other changes) become larger in direct relation to increasing waming. As noted in the New York Times, by Rutgers Professor and RCI Affiliate Robert Kopp a lead author of the report, “every extra bit of warming increases the risks.” Rutgers Assistant Research Professor, Greg Garner, is also a chapter scientist for the chapter on oceans, cryosphere, and sea level and as noted by Professor Kopp, “played critical role in the development of the report’s sea-level rise projections, which you can explore at a local level via a new IPCC/NASA Sea Level Change Team tool at https://sealevel.nasa.gov/ipcc-ar6-sea-level-projection-tool. “ In NJSpotlight Dr. Kopp notes: There should be nothing in this report to anyone who has been following these assessments that should be surprising.” And in a Q&A in the The Conversation Dr. Kopp discusses ice sheet and sea level aspects of the report, and pionts out “the more the world limits its greenhouse gas emissions, the lower the chance of triggeting instabilities in the polar ice sheets…” Dr. Kopp points out that under the most exteme emissions scenario, the IPCC authors could not rule out rapid ice sheet loss that could lead to 2 meters (7 feet) of sea level rise by the end of the century; however if warming is limited to below 2 degrees C, it should take many centuries for sea level rise to exceed 2 meters. RCI Co-Director Professor Anthony Broccoli notes in an interview on NJSpotlight TV News that the changes we are seeing in climate today are “overwhelmingly the results of human activities.”

Four Rutgers graduates, the most of any school, were named as part of the 2022 class of NOAA and Sea Grant John A. Knauss Marine Policy Fellowship Program, reports the SEBS Newsroom. They are Janine Barr and Ashlyn Spector, both of whom are part of the Climate Resilience Corps at Rutgers, as well as Schuyler Nardelli and Elizabeth Fairbanks. The fellowship is a unique educational and professional experience open to graduate students who have an interest in ocean, coastal and Great Lakes resources and in the national policy decisions affecting those resources. The program matches the fellows with hosts in the federal government so that they may influence policy.