News and Highlights in May 2020

RCI Affiliate Daniel Van Abs is named to the prestigious American Institute of Certified Planners (AICP) College of Fellows for his outstanding achievements in environmental planning, reports Newsroom. Having spent almost 40 years in the fields of environmental planning and management, his research at Rutgers focuses on the intersection of water resources management and societal development.

Rutgers research co-authored by a number of Rutgers scientists including RCI Affiliates Kenneth G. Miller, Robert Kopp, and James D. Wright reaffirms that sea-level rise is linked to human activities. As described in Rutgers Today, the research finds Earth had nearly ice-free conditions with carbon dioxide levels not much higher than today and had glacial periods in times previously believed to be ice-free over the last 66 million years. As noted by research lead Ken Miller and reported in Rutgers Today, “Variations in the Earth’s orbit were the dominant factor in terms of ice volume and sea-level changes – until modern times.”

According to new research published in Environmental Research Letters which include RCI Affiliate Robert Kopp as an author, heat stress will affect more than 2100 billion people annually by 2100. Heat stress caused by extreme heat and humidity is growing as global temperatures rise, “causing harm to human health, agriculture, the economy and the environment,” reports Climate Impact Lab.

EOAS Post-Doctoral Fellow Laura Reynolds, in collaboration with other Rutgers researchers including RCI Affiliate Richard Lathrop, reports on blue carbon and sediment levels of the tidal marshes in the Raritan River and Bay. This study is focuses on quantifying how accretion rates and carbon content varies among multiple sites along the Raritan River and Bay including deep storage up to 7 meters below the marsh surface. The study will help further understand the value of these marshes and implications for future changes caused by rising sea levels.

The New Jersey Board of Public Utilities has clarified that solar initiatives are considered ‘essential construction projects,’  under Governor Murphy’s Executive Order 122, which stipulated “utility projects, including those necessary for energy and electricity production and transmission’’ may continue construction during the COVID-19 public health emergency , reports NJ Spotlight. Solar firms are also receiving more time to show that their arrays qualify for Solar Renewable Energy Certificates amidst the COVD-19 pandemic, although state officials did not specify how much more time.

Experts claim that it is unlikely New Jersey will see “killer” hornets, reports NJ101.5. Despite concerns of a warming climate providing a more suitable habitat in the United States, RCI Affiliate Dina Fonseca, cautions against overreacting and advises against the indiscriminate killing of bees, wasps and hornets which can play a beneficial role as pollinators and predators of agricultural pests

The economic fallout from the COVID-19 pandemic will impact some of the most vulnerable scientists as universities announce unprecedented pay cuts and lab research is halted, reports Eos. Science may lose out on several years' worth of the best upcoming new minds, warns RCI affiliate Robert Kopp, who also suggests a stimulus act may be necessary to preserve the STEM workforce.

The COVID-19 pandemic may have temporarily reduced greenhouse gas emissions for now, but according to Rutgers experts like RCI affiliates Robert Kopp and Rachael Shwom, long-term measures would be required to stabilize the climate, reports The Daily Targum.

New Jersey farmers are struggling to adapt to changes in growing season as the climate warms and are increasingly eager to seek the advice of local experts. The Rutgers Climate Institute provides these types of resources to inform farmers.

RCI affiliate and New Jersey State Climatologist David Robinson released an analysis of the 2019-2020 winter, calling it "a dud", reports NJ101.5. This past winter holds the title of 3rd least snowy winter and 7th warmest on record for New Jersey.

RCI affiliate Karen O’Neill was a guest columnist  at NJ.com connecting environmental issues and pandemics. O’Neill calls for a stronger environmental movement to push for action across all institutions to be able to respond better when harmful events, like climate change or COVID-19, occur.

New Jersey allocated nearly $45 million to electrify heavy-duty vehicles in urban areas to run on electric power and provide charging infrastructure, reports NJ Spotlight. The NJ DEP is focusing these funds, which represent the remaining money from the state’s $72.2 million share of the national Volkswagen settlement, on communities disproportionately impacted by pollution, which are primarily located in cities.

Economic strain due to the COVID-19 pandemic have hit the clean energy sector hard both nationally and in New Jersey, reports NJ Spotlight. Over 100,000 jobs were lost nationwide in March, and up to 500,000 jobs may be shed by the end of the 2nd quarter. New Jersey lost over 2,000 clean energy jobs in March, representing 4.1% of New Jersey’s clean energy workforce.

RCI affiliate Robert Kopp authored the chapter on sea level rise for, Earth 2020: An Insider’s Guide to a Rapidly Changing Planet which was edited by Philippe Tortell and has been made available for free by Open Book Publishers. 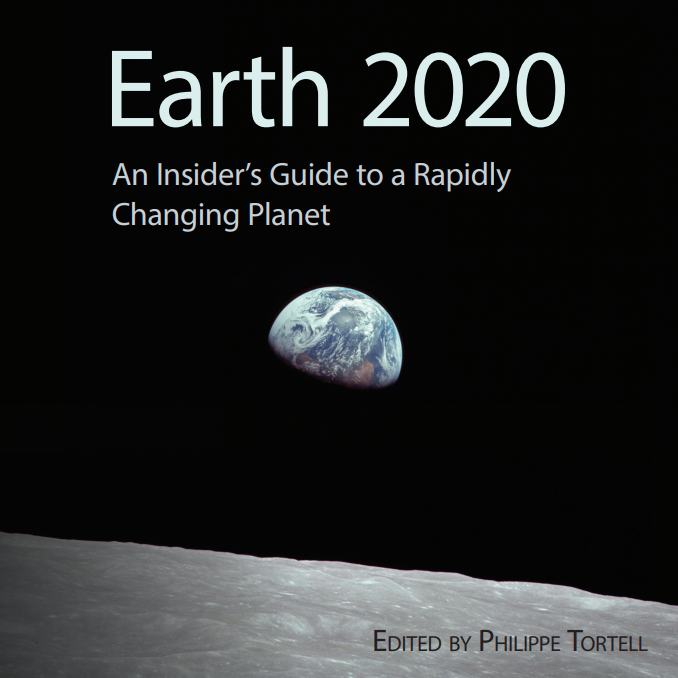