News and Highlights in October 2018

A  review study published in Annual Reviews suggests that sea level could rise by nearly 8 feet by 2100 and 50 feet by 2300 under the least optimistic greenhouse gas emissions scenario.  RCI affiliate and co-author Robert Kopp acknowledges the great uncertainty in these projections, but emphasizes that this is not a reason to ignore the challenge that sea level rise of any amount will pose. This research has local implications, as it means South Jersey’s barrier islands will disappear at high tide at the beginning of 2100.

RCI affiliate Robert Kopp and RCI Co-director Anthony Broccoli are featured in article on NJ.com that that helps to explain the local impact of climate change as described by the most recent IPCC report. According to Kopp, in 2100 New Jersey will have a similar climate to North Carolina in the current day, while Broccoli emphasized how New Jersey is subject to both sea-level rise and sinking land.

RCI affiliate Jennifer Francis explains why global climate is so sensitive to the Arctic ice in a CBC article on the Arctic’s influence on climate. The ice-albedo feedback, due to the reflective nature of ice, has already caused faster warming in the Arctic regions compared to the rest of the world, and  is expected to play an enormous role in the future.

RCI affiliates Jennifer Francis and Benjamin Horton discuss the goal of limiting global warming to below 1.5 degrees C in a New Yorker article, and what this goal means for the survival of human society.

RCI affiliate Alan Robock discusses his research on nuclear winter and how devastating the climate impact following a global nuclear war would be in an article on Vox. As cities targeted by nuclear bombs burn, smoke is lofted into the stratosphere and spreads throughout the world, blocking out the sun.

The National Academies of Sciences, Engineering, and Medicine is forming a new committee to develop a research agenda and research governance approaches for climate-intervention strategies that reflect sunlight to cool Earth, according to a press release. The committee will focus on marine cloud brightening, stratospheric aerosol injection, and cirrus cloud modification, examining impacts and risks as well as feasibility of technology.

A new publication titled Understanding the Long-Term Evolution of the Coupled Natural-Human Coastal System has been released by the National Academies of Sciences, Engineering, and Medicine. The report identifies scientific and technical gaps in understanding the interactions and feedbacks between human and natural processes, defining a research and development program in response to identified gaps.

The National Academies of Science, Engineering, and Medicine has released a research agenda for Negative Emissions Technologies and Reliable Sequestration that calls for a substantial research initiative to advance these technologies that remove and sequester carbon dioxide from air as they need to play a significant role in mitigation climate change.

The New Jersey Climate Adaptation Alliance, co-facilitated by RCI Affiliate Jeanne Herb and RCI Associate Director, Marjorie Kaplan, received the 2018 Coastal and Ocean Champions Award from the Urban Coast Institute and was recognized by a joint resolution of the New Jersey legislature praising its meritorious efforts.  New Jersey Governors Thomas Kean and James Florio, Honorary Co-Chairs of the Alliance accepted the award on behalf of the Alliance. 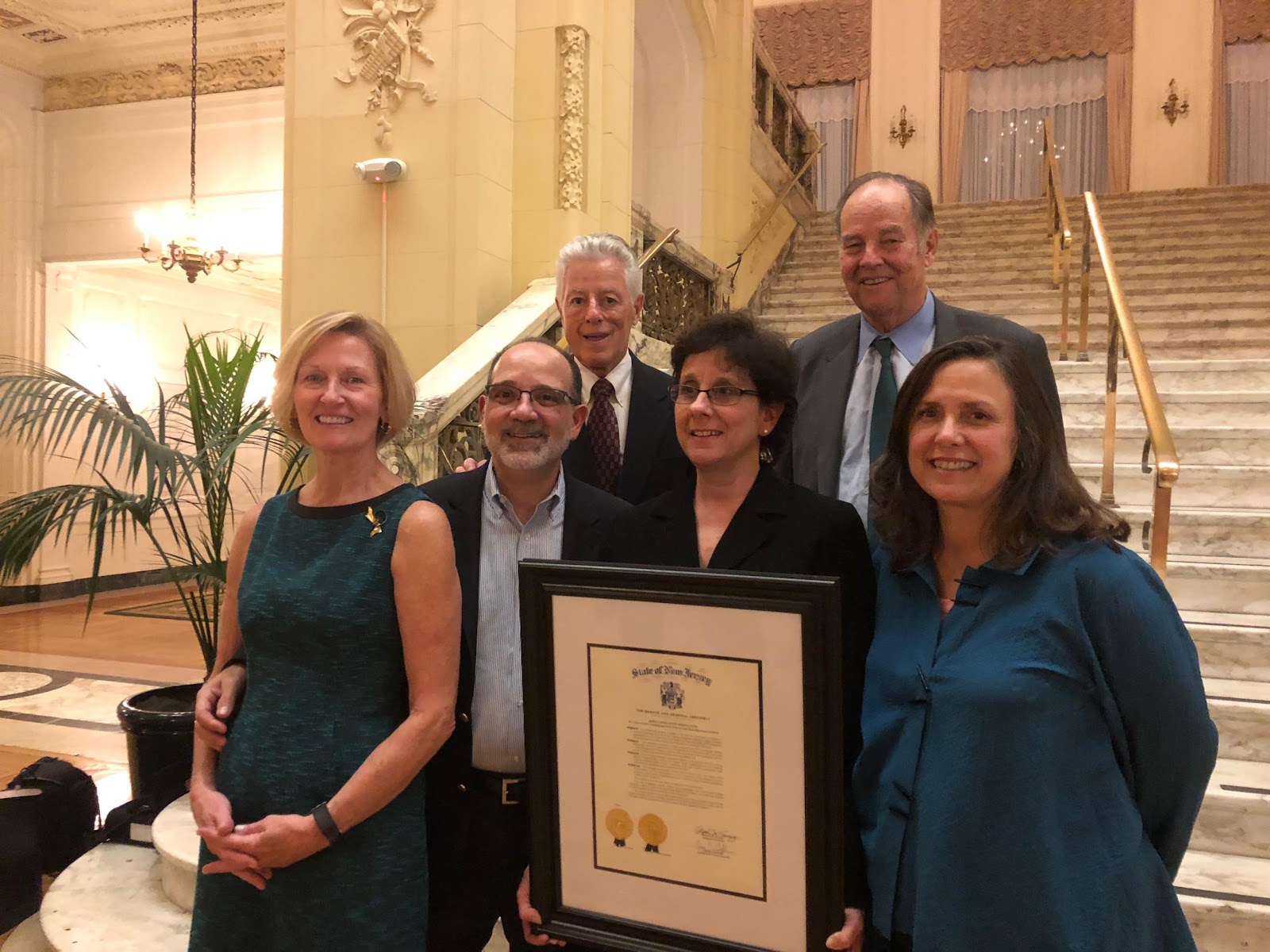 The IPCC has released their special 1.5°C report on the impacts of global warming of 1.5°C above pre-industrial levels. The report paints a dire picture of the consequences of climate change, which could only be avoided through a transformation of the world economy at a speed and scale with ‘no documented historic precedent’. The report describes a world of worsening food shortages, wildfires, and a mass die-off of coral reefs as soon as 2040,while conceding that avoiding the worst consequences is politically unlikely. Read more about it in this summary at the NY Times.

RCI affiliate Malin Pinsky is featured in a Yale Climate Connections article about the impact of global warming on the habitats of marine life, which he has studied extensively. Atlantic cod will likely move away from U.S. waters, and the impacts of this can only be reduced through a reduction in carbon emissions, according to Pinsky.

September was abnormally warm and wet in New Jersey, according to RCI affiliate New Jersey State Climatologist Dave Robinson in a NJ101.5 article. In terms of temperatures, it is in the top three warmest Septembers going back to 1895 across the state. While South Jersey saw the warmest September on record, 1961 and 2015 were warmer for the entire state. Warm and wet conditions have led to green conditions, but also contributed to disease to some agricultural crops.

A Rutgers-led study finds that global warming will likely lead to more extreme wet and dry weather around the world, according to an article from Duke University. Rutgers’ Jiacan Yuan was the lead author and RCI affiliate Robert Kopp was a contributing author on the study, which found that an increased persistence of subtropical stationary waves in northern hemisphere summers cause more persistent high pressure over the North Pacific and North Atlantic along with more persistent low pressure over Eurasia and North America.