News and Highlights in January 2019

The Students for Environmental and Energy Development (SEED) is a club at Rutgers currently working on six projects pertaining to environmental and sustainability issues. Some projects include implementing a bike share program at Rutgers, installing a CO2 sensor on campus by programming a Raspberry Pi, and designing sustainable bus stops. 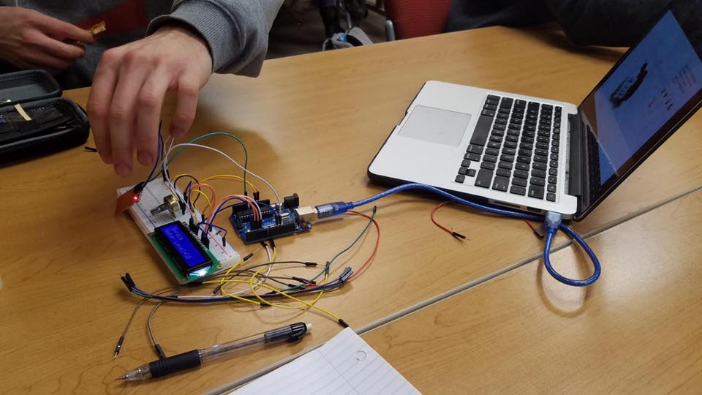 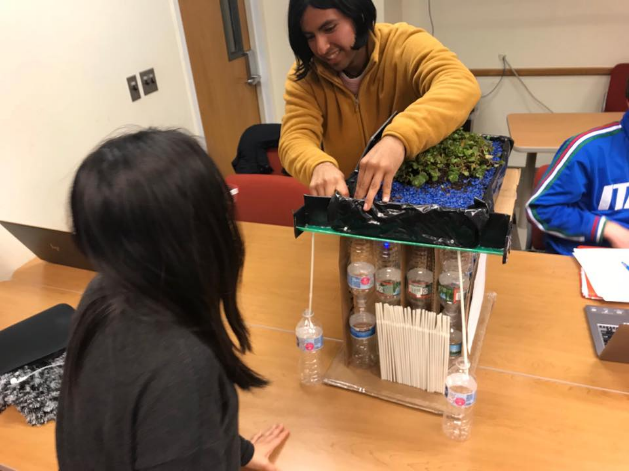 The club is always looking for new members and meets on Tuesdays at 8:15 PM in the Environmental and Natural Resources Building (ENR) in Room 223 on the Cook Campus.

2018 was the hottest year ever recorded for the world's oceans, as the warming of the oceans continue to outpace IPCC predictions, reports The Daily Beast. In the article, RCI affiliate Malin Pinsky discusses one of the tangible signs of this change, which is the massive movement of marine life northward to escape warming temperatures.

RCI affiliate Debashish Bhattacharya explains his research on sea lettuce in National Fisherman ;  this marine plant  is both a nuisance and a potential source of bioethanol and nutrition. The unpredictable nature of Sea Lettuce blooms makes their occurrence difficult to manage, but Bhattacharya’s new research in understanding the species on a molecular level could lead to increased growth for applied uses, such as use as animal feed or biofuels.

The most recent polar vortex disruption and subsequent cold air flooding into the northern United States has reignited the debate over whether or not climate change is influencing the frequency of these disruptions. In an article in USA Today, RCI affiliate Jennifer Francis explains that when warm air infiltrates the Arctic, this can weaken the jet stream and cause cold air to become displaced southward. Some scientists, but not all, say there may be a connection between global warming and a weaker vortex.

The conflicting influence of climate change on snowfall is explained in an article in Scientific American, where RCI affiliate Dave Robinson explains that there are ‘no easy answers’ to the link between climate change and snow. In places that are significantly below freezing, warming can lead to an increase in total snowfall while in areas that are borderline, more snow will fall as rain. Determining the effect of climate change from one location to the next, may be among the most challenging questions about weather and climate change, according to Robinson.

Research led by Rutgers scientists, including RCI affiliates affiliates Josh Kohut and Travis Miles aims to improve the prediction of near and off-shore sea breezes, reports Rutgers Today. The study combined a statistical analysis technique with the WRF weather forecasting model, with the hopes that the offshore wind industry in New Jersey will benefit from better prediction of sea breezes. This research was also reported by the LA Times, the Press of Atlantic City, and NJ101.5.

Research led by Rutgers scientists, including RCI affiliates affiliates Josh Kohut and Travis Miles aims to improve the prediction of near and off-shore sea breezes, reports Rutgers Today. The study combined a statistical analysis technique with the WRF weather forecasting model, with the hopes that the offshore wind industry in New Jersey will benefit from better prediction of sea breezes.

A Rutgers-led study in the International Journal of Sustainable Transportation finds that extending the life of pavement through preventive maintenance can reduce greenhouse gases by 2% and cut transportation agency spending by 10-30%, reports Rutgers Today. Preserving pavement has environmental benefits because smooth pavement improves driver fuel economy and reduces the cost of repairing vehicles. Simply adding a thin overlay of asphalt can reduce carbon dioxide emissions by 2% because of the decrease in road roughness.

A new study published in Science found that the oceans are warming 40% faster than estimated by the UN 5 years ago, reports the NY Times. The ocean acts as a buffer to surface warming and without it, according to RCI affiliate Malin Pinsky, the surface of the land would heat up much faster than it is currently. At the same time, rising ocean temperatures are already killing off marine ecosystems and rising sea levels.

The National Academies of Sciences, Engineering, and Medicine released Making Climate Asssessments Work which summarizes an August 2018 workshop that explored the role of subnational climate assessments and action.

A Rutgers-led study, published in PNAS and featured in Rutgers Today, explores why fisheries conservation efforts succeed or fail, finding that old habits die hard.  The study found that those who start conserving can often stick with it but when conservation is not in place, the opposite is true Ultimately, past decisions largely determine future conservation efforts. The researchers, including RCI affiliate Malin Pinsky, built a mathematical model using this theoretical basis and explained global patterns in fishery decisions better than any previous theory. The work offers hope that conservation is much easier to continue once started.

As climate change contributes to reduced lobster populations off Long Island, scientists rush to remove traps from killing off the few lobsters that remain, as well as other marine life that may find themselves trapped. This is another way where the effects of climate change are appearing in the ocean before other places, according to RCI affiliate Malin Pinsky, impacting economies and people’s livelihoods.

Researchers, including RCI affiliate Karina Schaefer, published a study concluding that prescribed burns could be conducted in the New Jersey Pinelands every 5 years without increasing atmospheric carbon dioxide, according to a brief from the North Atlantic Fire Science Exchange. While tree defoliation from a gypsy moth infestation decreased the forest’s ability to absorb carbon, the forest can recover from a prescribed burn by the next growing season.

Sea level rise is threatening 500 year old trees in Cumberland County, as saltwater intrudes into the roots of trees that have been there since before the Pilgrims landed. By the next century, the Jersey shore will face sea level rise anywhere between 18 inches and 4 feet, according to the EPA. Pockets of Atlantic White Cedar trees have already died from this fate, an ominous warning to nearby Bear Swamp, which is further inland.

As sea levels continue to rise, New Jersey is working to buy people out of their homes through a program called ‘Blue Acres’, according to a feature by PBS. The NJ DEP runs the program, which buys houses from homeowners, demolishes them, and rezones the land so nothing can be built there. This creates open space which helps to absorb flood waters, protecting areas further inland.

Rutgers is partnering with The Center for Advancing the Societal Impacts of Research (ARIS Center) to help bridge gaps between important scientific research and the general public, reports Rutgers Today. RCI affiliate Janice McDonnell is working with ARIS to help researchers find ways to share science project with a broader range of audiences. According to McDonnell, ‘the goal is to integrate thinking about how you will work with communities and the public to understand and sometimes participate in university research.’

The state of New Jersey observed the wettest year on record in 2018, according to New Jersey State Climatologist and RCI affiliate David Robinson. 64.09” of rain was observed statewide, beating out the previous mark of 63.95” in 2011, which featured Hurricane Irene. Warm weather and a continuous supply of moisture allowed for frequent rain over the course of the year, which was also the 11th warmest.

The New Jersey Climate Adaptation Alliance has been awarded the 2018 Governor’s Environmental Excellence Award for Environmental Education.  The Alliance is co-facilitated by Rutgers Climate Institute affiliate Jeanne Herb and RCI Associate Director, Marjorie Kaplan.  It is a collective of organizations and individuals that share the goal of advancing science-informed climate change strategies and policy at the state and local levels in New Jersey.