News and Highlights in May 2019

RCI affiliate Bob Kopp discusses the ramifications of attempts by the US Geological Survey to limit climate modeling projections used in assessment reports to just 21 years into the future. Reducing the credibility of the projections in the National Climate Assessment would be a loss for policymakers according to Kopp, but a huge loss for decision makers at the local and state level, who don’t have resources do to their own climate assessments, like California.

Climate change is complicating rules governing fish allocations, frustrating fishermen along the Atlantic coast and pitting fishermen from different regions against each other, reports E&E News. According to RCI affiliate Malin Pinsky black seas bass have already shifted dramatically north from Virginia to New Jersey while the allocations have not changed- thus, North Carolina fishermen are entitled to 11% of the fish while Connecticut fishermen only can get 1%.

New Jersey beaches are in good condition heading into the summer season, according to the New Jersey Department of Environmental Protection, reports WBGO. Despite concerns over sea level rise, less significant storms this winter limited erosion to a manageable level.

Pennsylvania forests are at risk from climate change on a number of fronts according to the Pennsylvania Department of Conservation and Natural Resources and the Philadelphia Inquirer. Observed warming has tended to promote nonnative species over native species, and an increase in pests and invasive species such as the emerald ash borer, which is plaguing New Jersey, is destroying millions of ash trees. Sea level rise also plays a role along the Delaware River, threatening trees in the Philadelphia area with inundation and fungal infections.

A new study published in PNAS concludes that global sea level could reasonably rise by over 6 feet in 2100, threatening major cities and hundreds of millions of people, reports Time. According to Bob Kopp, an author and an affiliate to the Rutgers Climate Institute, sea levels could rise as much as 7.8 feet in a worst case scenario, threatening 240 million people mostly in Asia but also broadly around the world. Prior estimates were too conservative because they underestimated the rate of glacier melt in Greenland and Antarctica.

More carbon is removed from the climate system and stored deep underground in seafloor trenches than previously thought, according to a study in Nature, contributed to by Rutgers scientists. Microbes living in the subsurface near trenches play a large role in storing carbon and quantifying this is important for evaluating human impacts on climate.

The nation's forests account for 15% of carbon emissions that are pulled from the air and stored and New Jersey is ahead of the curve with using tree cover to combat high carbon dioxide levels. Urban trees can reduce atmospheric carbon by reducing the urban heat island effect, reducing power use from heating and cooling and saving energy. According to RCI affiliate Jeanne Herb, tree cover in urban areas can increase thermal comfort, help with storm-water management, improve air quality, and property values.

The New Jersey legislature passed a bill requiring the NJDEP to create regulations to bring emissions down 80% below 2006 levels by 2050, strengthening the 2007 Global Warming Response Act. Opinions are split, with some arguing it doesn’t go far enough and others believing it is a positive step forward for the state.

Although New Jersey reservoir levels are in good shape due to above normal precipitation this past spring, state climatologist and RCI affiliate Dave Robinson warns that things can change very quickly, because New Jersey uses a lot of water during summer.

A new UN report warns that a million species face possible extinction in the face of rapid global warming, reports the Washington Post and the Conversation. Ocean ecosystems are degrading as temperatures rise, threatening coral reefs through warming and acidfying oceans, while pesticides threaten key pollinators, which will ultimately affect humans. RCI affiliate Pam Mcelwee is a Lead Author of Chapter 6:  Opportunities and Challenges for Decision Makers. 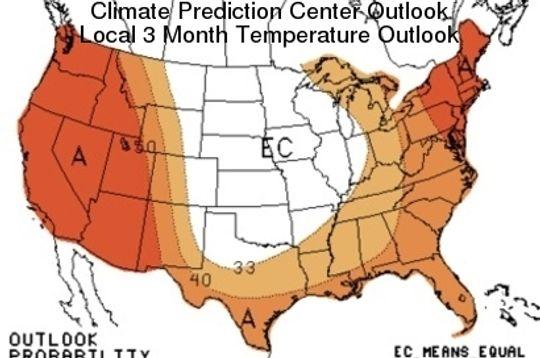 State climatologist and RCI affiliate Dave Robinson expects a warmer than average summer for New Jersey in 2019, reports App.com. As a result of rising global temperatures, 9 of the 10 warmest New Jersey summers on record have occurred in the last 20 years, and cooler summers are becoming less frequent.

Joshua Daw, a marine biology major at Rutgers and a student of RCI affiliate Daphne Munroe, was featured in a SEBS article for his research on horseshoe crab movement along the Delaware Bay.

A new study suggests that the rapidly warming Arctic may trigger tipping points that could significantly add to the economic cost of climate change, reports Scientific American. The primary concern is the potential release of large amounts of CO2 and methane from thawing permafrost, in addition to rapid changes to the amount of snow and ice covering the Earth. RCI affiliate Robert Kopp, who was not involved with this particular study, warns of related socio-economic tipping points which could affect society's ability to respond to climate change related disasters of the future.

April 2019 was the 3rd warmest April on record for South Jersey, according to a podcast with RCI affiliate / New Jersey State Climatologist Dave Robinson in an interview with the Press of Atlantic City. Listen to the whole interview, which discusses the reason behind the recent warmth and rainfall in New Jersey.

RCI affiliate Daniel Van Abs discusses a new course on how water availability affects sustainability and economic viability in an interview with the Rutgers Global Health Institute. Conflict over water allocation, drought, water quality problems, and even floods can strain international relations and damage societies, an ever increasing threat in the face of climate change. The course hopes to be thought-provoking and introduce students to new perspectives relating to water.