News and Highlights in July 2019

Rising ocean temperatures from climate change are likely responsible for an increased frequency of bull sharks and blacktip sharks, native to more southern waters, along the Jersey shore, reports NJ.com. According to Thomas Grothues, an associate research professor at Rutgers, we may not see more sharks, but some sharks may be observed earlier and later in the year. Sharks are also likely to follow their prey into new waters, and according to research by RCI affiliate Malin Pinsky, many fish are already moving north thanks to climate change.

Warming temperatures from climate change will result in worse air quality in the Mid-Atlantic region by increasing the number of high ozone concentration days, according to new research, reports Science Daily. Warmer temperatures speed up the reaction of NOx and VOCs with UV radiation such that if air pollution remains the same and temperatures continue to rise, ozone concentrations will still go up. Joe Brodie, the director of atmospheric research at the Rutgers University Center for Ocean Observing Leadership contributed to this study.

A new report released by NOAA predicts the frequency of sunny day flooding will continue to increase across much of the United States, reports USA Today. This confirms many well-established trends, according to RCI affiliate Robert Kopp, and is causing problems with beach erosion, sewer and drinking water systems, roadways, infrastructure, and property values. 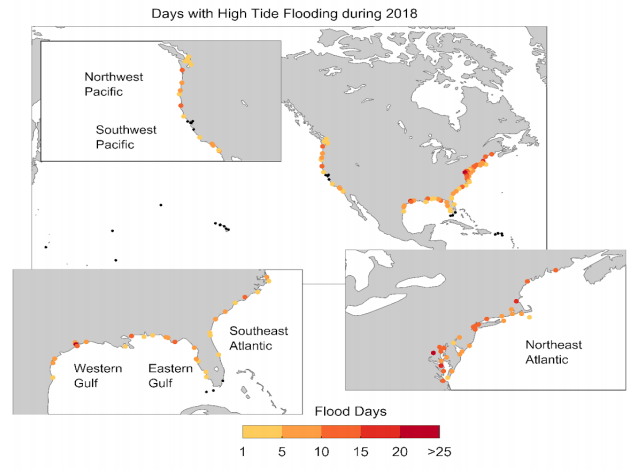 A study in Nature Climate Change finds that commercial fisheries from North Carolina to Maine will face declining fishing options without a climate change adaptation strategy. According to co-author and RCI affiliate Malin Pinsky, communities in Maine will lose out but others may do better as more species will migrate to those areas in the face of significant ocean warming.

Watch the archived livestream of the Cape May Community Forum on Climate Change from July 24th, 2019. NJCCA’s Dr.George DiFerdinando discusses climate impacts in NJ with a distinguished panel of experts, including RCI affiliate Daphne Munroe. 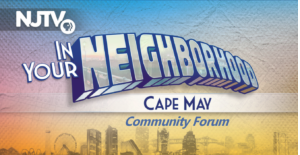 The Delaware River Basin commission released their State of the Basin report for 2019, finding that while water quality is improving, rising seas pose challenges in the future for the watershed. Thanks to limits on waste-water discharges, dissolved oxygen levels have increased and dead zones have diminished, but salinity from rising sea levels is expected to continue to rise. 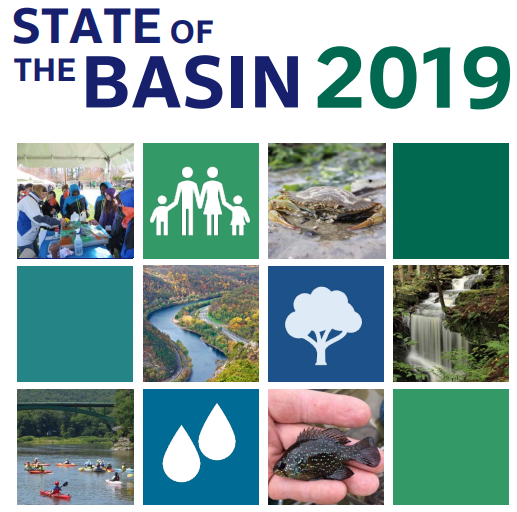 A new study in Nature reveals that the current existing energy infrastructure will push the Earth past 1.5°C warming above preindustrial levels, reports Axios. This means that the expected CO2 lifetime from infrastructure and vehicles already in use will be more than 658 gigatons, which is higher than the estimated carbon budget to reach 1.5°C. RCI affiliate Robert Kopp, who was not part of the study, finds the results consistent with what energy forecast models have shown.

Anew report compiled by the Center for Climate Integrity finds that New Jersey will need to spend $25 billion to construct sea walls to protect public infrastructure from chronic flooding, reports whyy.org. Sea walls were used as a proxy for all coastal defense measures with the understanding that it would be a conservative estimate. According to RCI affiliate Robert Kopp, sea walls are not appropriate for every town, and some will need to resort to beach replenishment projects and property buyouts.

The Atlantic Ocean off the northeast coast is warming faster than almost any place in the world, according to RCI affiliate Malin Pinsky, leading to dramatic changes in the distribution of ocean animals that can only tolerate a narrow range of temperatures. While many fish species can migrate north to cooler waters, shellfish are far more vulnerable, leading to major impacts for the fishing industry.

New Jersey had the third most reported cases of Lyme disease in the United States in 2017, prompting the 2019 round table event Ticks and Mosquitoes in Monmouth County on June 5th. The purpose was to inform and prepare the public for the tick and mosquito season, which included expert and RCI affiliate Dina Fonseca answering questions about tick and mosquito control. Ultimately, there has been little success in controlling tick populations, but there are many ways to control the mosquito population.

Superstorm Sandy forced New Jersey into action to design its infrastructure to withstand the future threats of climate change, reports NJTV news. It is imperative that this continues and is expanded according to RCI affiliate Robert Kopp. New Jersey must also bolster tidal marshes and oyster reefs to hold back higher sea levels and wave energy because giant sea walls won’t protect everyone, according to Kopp.

Read about how the Rutgers Solar Car Team has prepared to race  will be racing in Austin, Texas for an international competition for cars powered by solar energy. Engineering students built the car while Mason Gross students handle the photo, video, and design components for outreach and marketing. They hope to spread the word about sustainability as they clock 65 mph while using the wattage equivalent to a hairdryer.

Reducing meat consumption can help combat climate change and increase biodiversity, writes RCI affiliate Pam McElwee in an article on NJ.com. McElwee was an author for the recent UN report on biodiversity, which concluded that species extinctions were accelerating and reductions in biodiversity threatened the food that humans eat.

Protecting a wide diversity of coral habitats is the best strategy to ensuring the survival of coral reefs with climate change, according to a new study in Nature Climate Change co-authored by RCI affiliate Malin Pinsky. Corals face threats from global warming, bleaching episodes, ocean acidification and much more, but there is growing recognition that they can adapt to a changing climate, especially if conservation efforts allocate resources in the most efficient way.