News and Highlights in February 2019

RCI affiliate Dave Robinson answers questions about how climate change will effect New Jersey in an interview with the Burlington County Times.

Scallop offspring can move considerable distances across fisheries off the east coast of the US, complicating decisions made by fisheries managers, writes RCI affiliate Daphne Munroe for Science Trends. Managers of fisheries must know where scallop larvae are moving, which can be determined by ocean currents and temperature, to make efficient decisions about which opening or closing a fishery region. As coastal waters warm, computer modelling can help make these decisions.

A congressional hearing on Wednesday by the House of Representatives’ Science, Space, and Technology Committee featured RCI affiliates Robert Kopp and Jennifer Francis discussing the state of climate science and measures to address climate change. Kopp suggested that a wide variety of fixes could be used to help slow climate impacts, and was encouraged by interest from Republican committee members on the issue, reports EOS and CNN. Francis’s testimony focused on the threat that increased extreme weather poses with climate change as the Arctic warms up more quickly than the rest of the Earth.

An old trail on Cook Campus called the Arbor Trail, restored four years ago by senior environmental planning and design major Elliot Nagele, is the source of a new internship to restore the trail further, reports Rutgers Today. Designing a rain garden retention pond and developing an app about the trail’s history and native plant species are among the projects planned for the trail.

Ever since a November winter storm paralyzed New Jersey during rush hour with gridlock, the state of New Jersey has adapted a ‘better safe than sorry’ mantra when it comes to applying salt treatments to roadways, reports NJ.com, NJTV News, and NJ Spotlight. However, according to environmentalists, including RCI affiliate Dan Van Abs, road salt has negative environmental and public health consequences. In addition to shocking fish, some towns like Brick have had to switch their water supply from a river to a reservoir because of high sodium levels in the water.

A Rutgers Today article features RCI affiliate Alan Robock and discusses his work as a climatologist in the context of global climate change and the politics around creating a solution.

RCI affiliate Robert Kopp discusses how a changing climate will affect sea levels on Resources Radio with Daniel Raimi. Listen to the half-hour podcast on Soundcloud.

The Students for Environmental and Energy Development (SEED) is a club at Rutgers currently working on six projects pertaining to environmental and sustainability issues. Some projects include implementing a bike share program at Rutgers, installing a CO2 sensor on campus by programming a Raspberry Pi, and designing sustainable bus stops. 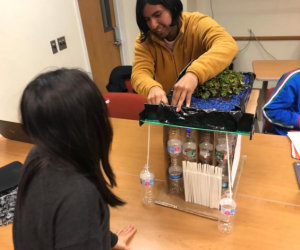 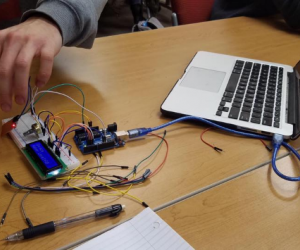 The club is always looking for new members and meets on Tuesdays at 8:15 PM in the Environmental and Natural Resources Building (ENR) in Room 223 on the Cook Campus.

2018 was the hottest year ever recorded for the world's oceans, as the warming of the oceans continue to outpace IPCC predictions, reports The Daily Beast. In the article, RCI affiliate Malin Pinsky discusses one of the tangible signs of this change, which is the massive movement of marine life northward to escape warming temperatures.

RCI affiliate Debashish Bhattacharya explains his research on sea lettuce in National Fisherman ;  this marine plant  is both a nuisance and a potential source of bioethanol and nutrition. The unpredictable nature of Sea Lettuce blooms makes their occurrence difficult to manage, but Bhattacharya’s new research in understanding the species on a molecular level could lead to increased growth for applied uses, such as use as animal feed or biofuels.

The most recent polar vortex disruption and subsequent cold air flooding into the northern United States has reignited the debate over whether or not climate change is influencing the frequency of these disruptions. In an article in USA Today, RCI affiliate Jennifer Francis explains that when warm air infiltrates the Arctic, this can weaken the jet stream and cause cold air to become displaced southward. Some scientists, but not all, say there may be a connection between global warming and a weaker vortex.

The conflicting influence of climate change on snowfall is explained in an article in Scientific American, where RCI affiliate Dave Robinson explains that there are ‘no easy answers’ to the link between climate change and snow. In places that are significantly below freezing, warming can lead to an increase in total snowfall while in areas that are borderline, more snow will fall as rain. Determining the effect of climate change from one location to the next, may be among the most challenging questions about weather and climate change, according to Robinson.

Research led by Rutgers scientists, including RCI affiliates affiliates Josh Kohut and Travis Miles aims to improve the prediction of near and off-shore sea breezes, reports Rutgers Today. The study combined a statistical analysis technique with the WRF weather forecasting model, with the hopes that the offshore wind industry in New Jersey will benefit from better prediction of sea breezes. This research was also reported by the LA Times, the Press of Atlantic City, and NJ101.5.

Research led by Rutgers scientists, including RCI affiliates affiliates Josh Kohut and Travis Miles aims to improve the prediction of near and off-shore sea breezes, reports Rutgers Today. The study combined a statistical analysis technique with the WRF weather forecasting model, with the hopes that the offshore wind industry in New Jersey will benefit from better prediction of sea breezes.