Congratulations to RCI Affiliate, Alan Robock who is the principal investigator of an award totaling $718, 276 by the National Science Foundation, for his project, Impacts of Climate Engineering Using Stratospheric Aerosols.

The Environmental Protection Agency has released the EJ 2020 Action Agenda, which is a culmination of two years of public engagement and planning to advance environmental justice in order to promote measures including those that address climate change and its effects on vulnerable communities. Read the agenda here.

In this Daily Targum article, RCI affiliate David Robinson explains that changing climate conditions increase the threat that deadlier storms than Hurricane Sandy may hit New Jersey in the near future.

The Science and Technical Advisory Panel Report released by the New Jersey Climate Change Alliance (facilitated by RCI affiliate Jeanne Herb and RCI Associate Director Marjorie Kaplan) and chaired by RCI affiliate, Robert Kopp is cited in this Inside Climate News article.  Professor Kopp  notes that even without storm surges there will be daily tidal inundation on Jersey Shore waterfront properties within decades.

RCI Affiliates Dan Van Abs, Karen O'Neill and other Rutgers researchers are cited in this Press of Atlantic City story featuring the RCI event on October 28, 2016 which discussed lessons learned and described in "Taking Chances: The Coast After Hurricane Sandy" a book by Rutgers University Press.  The authors participating in the event noted the lack of recognition of longer term risk of coastal hazards which has been overshadowed by short-term pressure to build bigger and better following Sandy.

National Academies Press has recently published: Charactierizing Risk in Climate Change Assessments: Proceedings of a Workshop. In this publication, RCI affiliate, Robert Kopp, who is a member of the panel, explains ways to quantitatively address uncertainities in climate change assesments. Read here.

Congratulations to RCI Affiliates, Rachael Shwom and Cara Cuite who are part of a multi-university team awarded a five-year $2,983,358 National Science Foundation grant through its Innovations at the Nexus of Food, Energy and Water program. Their component is Reducing Household Food, Energy and Water Consumption: A Quantitative Analysis of Interventions and Impacts of Conservation.

RCI affiliate, David Robinson explains in this myCentralJersey article that temperatures for this mid-October week are forecasted bo be record breaking asthey were expected to be 20 degrees above normal.

In this BloombergView article, RCI affiliate, Karen O’Neill emphasizes the importance of not using the word “retreat” because it seems to indicate defeat concerning the issue of climate change at the shore; rather, she indicates that people may ultimately be forced to move but in the short-term post Hurricane Sandy, it seems rational to some to rebuild.

RCI affiliate, David Robinson discusses how New Jersey is primed for more significant storms with the expected continuation of the warming of New Jersey's climate, while RCI Co-director Tony Broccoli discusses the expectation based on computer models that the strongest hurricanes in the North Atlantic basin will get stronger by the end of the century, Rutgers Today.

In this New York Times article, RCI affiliate Cara Cuite explains the measures that were taken to account for residents who refused to evacuate during Hurricane Sandy as a way to communicate risk to residents.

RCI affiliate, Benjamin Horton is quoted in this New York Times and The Guam Daily article about a recent study that he, RCI affiliate Robert Kopp and several other authors published regarding New York City's flood frequency over the past century and into the future accounting for sea-level rise. Horton and Kopp are also cited in this AccuWeather article that further questions whether Sandy-like floods will become more common in the future. In this CBS New York article, Horton explains that storms like Hurricane Sandy could in fact hit the Tri State Area more frequently.

Rutgers Climate Institute’s William H. Greenberg Fellow and graduate student in Atmospheric Sciences, Arielle Catalano is studying past storms, such as a November 1950 storm that resulted in a record storm surge in Atlantic City and a near-record surge at Sandy Hook to understand atmospheric circulation patterns during such storms and to determine if climate models simulate them well enough enabling us to better predict the type of events that may occur in the future to enhance preparedness.  Ms. Catalano along with her advisor, RCI Co-director Tony Broccoli, are studying several hundred extratropical cyclone events that have occurred along the East Coast since the 1900s.  Read more here.

In this Audubon article, Karl Nordstrom, a geologist at the Rutgers School of Environmental and Biological Sciences discusses coastal dynamics along the Jersey shore and the consequences that seawalls have for birds and other wildlife.

In this physics.org article, RCI affiliate, Robert Kopp talks about the expectations for the next President of the United States to address issues pertaining to climate change including the U.S. 2025 carbon pollution cutting goal and the recent Paris Climate Agreement. 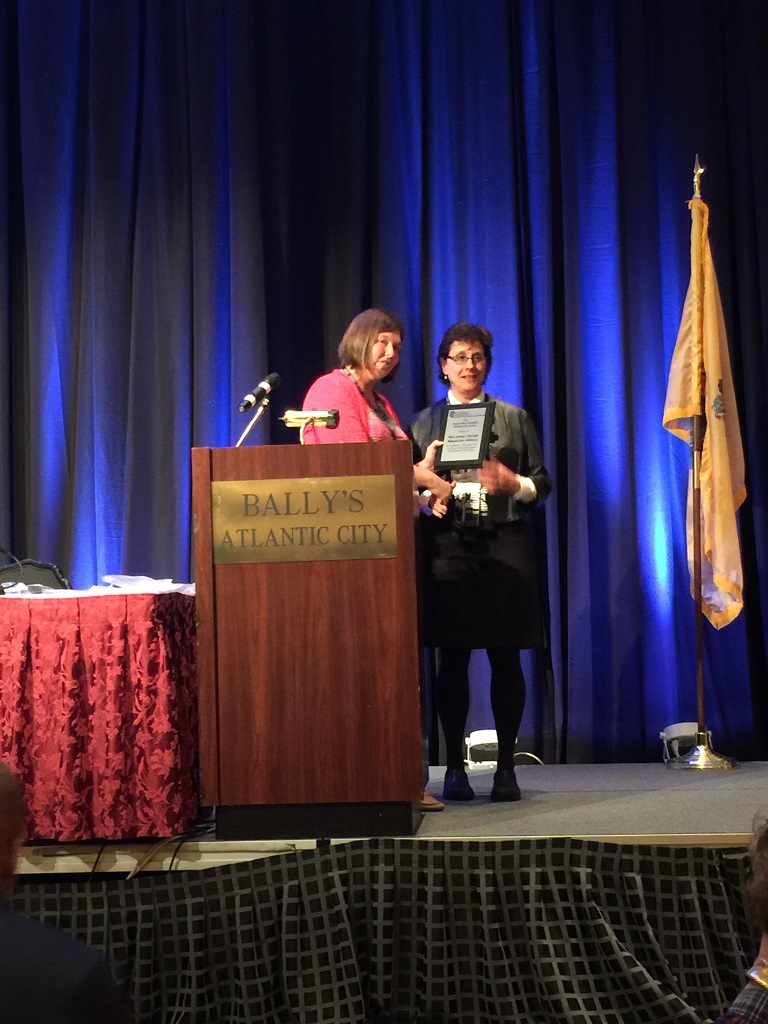 The EPA released an updated State and Local guide to U.S. EPA Climate and Energy Program Resources. Click here to view the document.