On November 12, 2021, Rutgers Climate Institute and Rutgers Department of Human Ecology hosted Professor Max Boykoff, University of Colorado-Boulder, who presented Creative (Climate) Communications: Productive Pathways for Science, Policy and Society. Professor Boykoff highlighted some dimensions from his book, ‘Creative (Climate) Communications’ that integrates lessons from the social sciences and humanities to more effectively make connections through issues, people, and things that everyday citizens care about. This has worked to enhance our understanding that there is no ‘silver bullet’ to communications about climate change. He argues that a ‘silver buckshot’ approach is needed instead, where strategies effectively reach different audiences in different contexts. Tactics emanating from this approach can then significantly improve efforts that seek meaningful, substantive, and sustained responses to contemporary climate challenges. 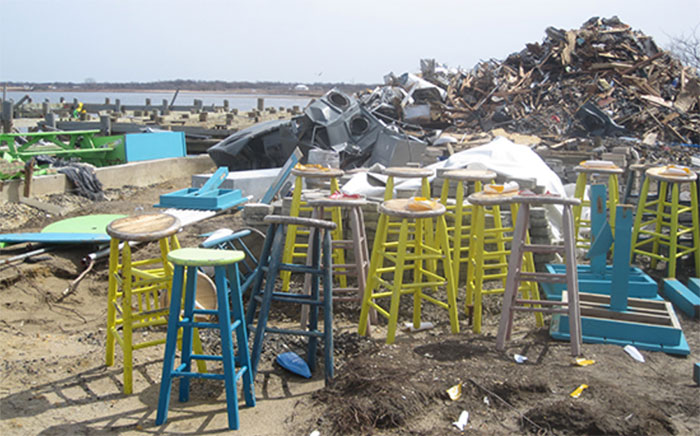 On October 14 and 15, 2022 Rutgers University hosted Challenges of Climate Change for Spatial and Environmental Planning - An International Dialogue. This two day hybrid conference was held at Rutgers, the State University of New Jersey and allowed for on-line participation as well. The program was a collaboration between the Consulate General of the Federal Republic of Germany in New York, the Rutgers Center for Urban Environmental Sustainability and Rutgers Climate Institute.

The Transatlantic Climate Bridge (TCB) was initiated in 2008. As a network of various activities supported by Germany's Federal Foreign Office, Federal Ministry for the Environment and the foreign missions in North America, the TCB aims to stimulate and expand transatlantic exchange on climate and energy policy. This Rutgers conference focused on the comparison between New Jersey and the German Ruhr Region.

Climate change is creating new challenges for spatial and environmental planning on both sides of the Atlantic. While seeking to moderate the impacts of climate change from rising temperatures, extreme precipitation and sea level rise, the context of planning and policy must also address growing awareness of social equity and environmental justice. New Jersey's underserved communities are similarly exposed to environmental challenges as their counterparts in the German Ruhr Region, settlement patterns and brownfield issues also show similarities. This has become evident through 15 years of successful collaboration, including summer programs, a landscape Architecture design studio, internships for Rutgers students and publications.

The conference Climate Bridge was intended to foster a collaborative dialogue among planners, designers, scholars, public administrators, and decision makers from both sides of the Atlantic. Scholars from different universities in Germany and the United States will contribute papers and discussion that highlight interdisciplinary approaches to addressing the environmental, economic, political, and social dimensions of planning considering climate change.

You can find all the conference videos and posters here.

Who Owns the Wind? Climate Crisis and the Hope of Renewable Energy