On Wednesday April 5, 2017, the award-winning and best-selling author Kim Stanley Robinson visited Rutgers University where he read from his recently released novel, New York  2140, which presents a vision of our region in a future of extreme sea-level rise.  After his talk, Robinson was joined by a panel of distinguished Rutgers faculty with expertise in climate science (Robert Kopp), urban planning (Clinton Andrews), urban agriculture (Laura Lawson), and the environmental humanities (Jorge Marcone) who discussed the novel and its vision.

Rutgers undergraduate and graduate students, including student leaders from various campus organizations had an opportunity to speak with Robinson ahead of the lecture during both in-class discussions as well as during dinner.  Read more about the evening in this piece by the Rutgers Daily Targum. 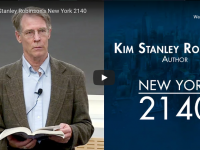 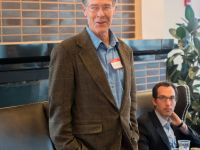 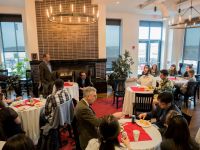 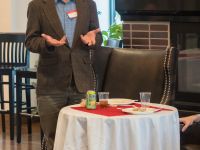 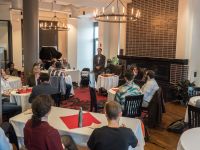 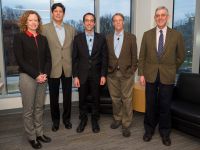 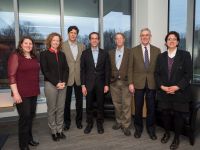 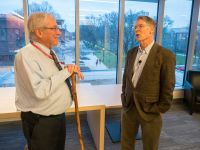 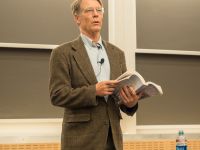 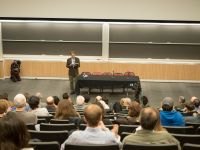 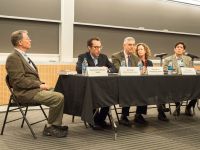 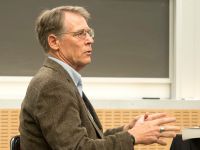 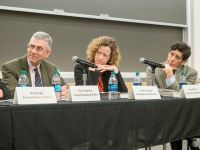 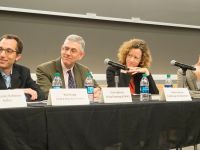 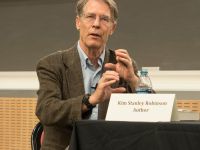 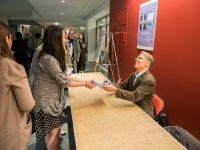 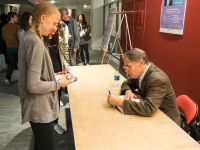 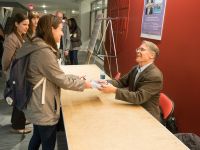 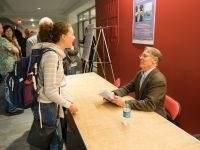 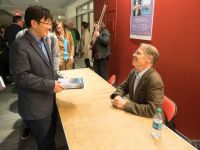 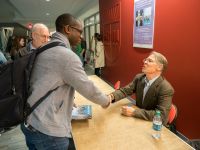