George Marshall, one of Europe's leading experts on climate change communication, gave an engaging talk to a gathering of 200 Rutgers students, faculty, staff and members of the public in at Rutgers Cook Campus Center on its New Brunswick campus regarding his latest book, Don't Even Think About It: Why Our Brains Are Wired to Ignore Climate Change. Marshall, a British citizen, has been on a quest to discover why people are inclined to ignore climate change even when presented with scientific facts. His research involved discussions with Nobel Prize-winning psychologists and the activists of the Texas Tea Party; the world’s leading climate scientists and the people who denounce them; liberal environmentalists and conservative evangelicals. One of his conclusions is that climate change is difficult to accept and that humans therefore construct a narrative that enables us to ignore it, reject it or shape it in our own image.

"There is no narrative of forgiveness in climate change, which makes it difficult," noted Marshall. He counters that we can learn from evangelicals who generate a community of shared beliefs. They do this by acknowledging and accepting people can have doubts and by reaching out one-on-one with people providing one's individual narrative about how they came to their religion. Marshall suggests that we can similarly our own personal epiphanies about accepting that climate change is real. Marshall discussed many fertile areas for research, including better understanding of these personal epiphanies, and why some cultures are more accepting of the science than others. Engaging the audience in a question and answer session following his talk, Marshall answered students questions about how they could better communicate about climate change. He then spent time conversing one on one with participants during a book signing. Prior to his talk, Marshall met with undergraduate and graduate student leaders from over 10 student groups, answering their questions about his career path and his current work. In speaking with the students, he provided insights about his career journey and emphasized the importance of being passionate about one's work. 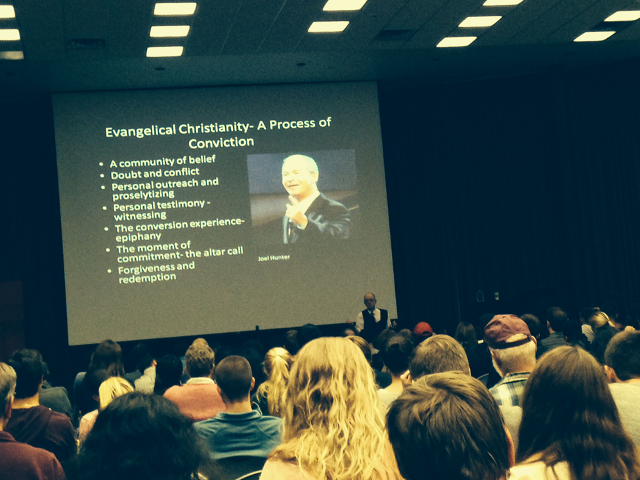 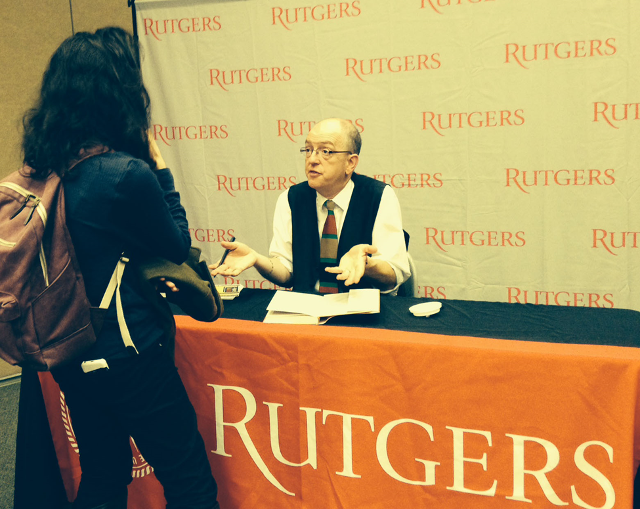