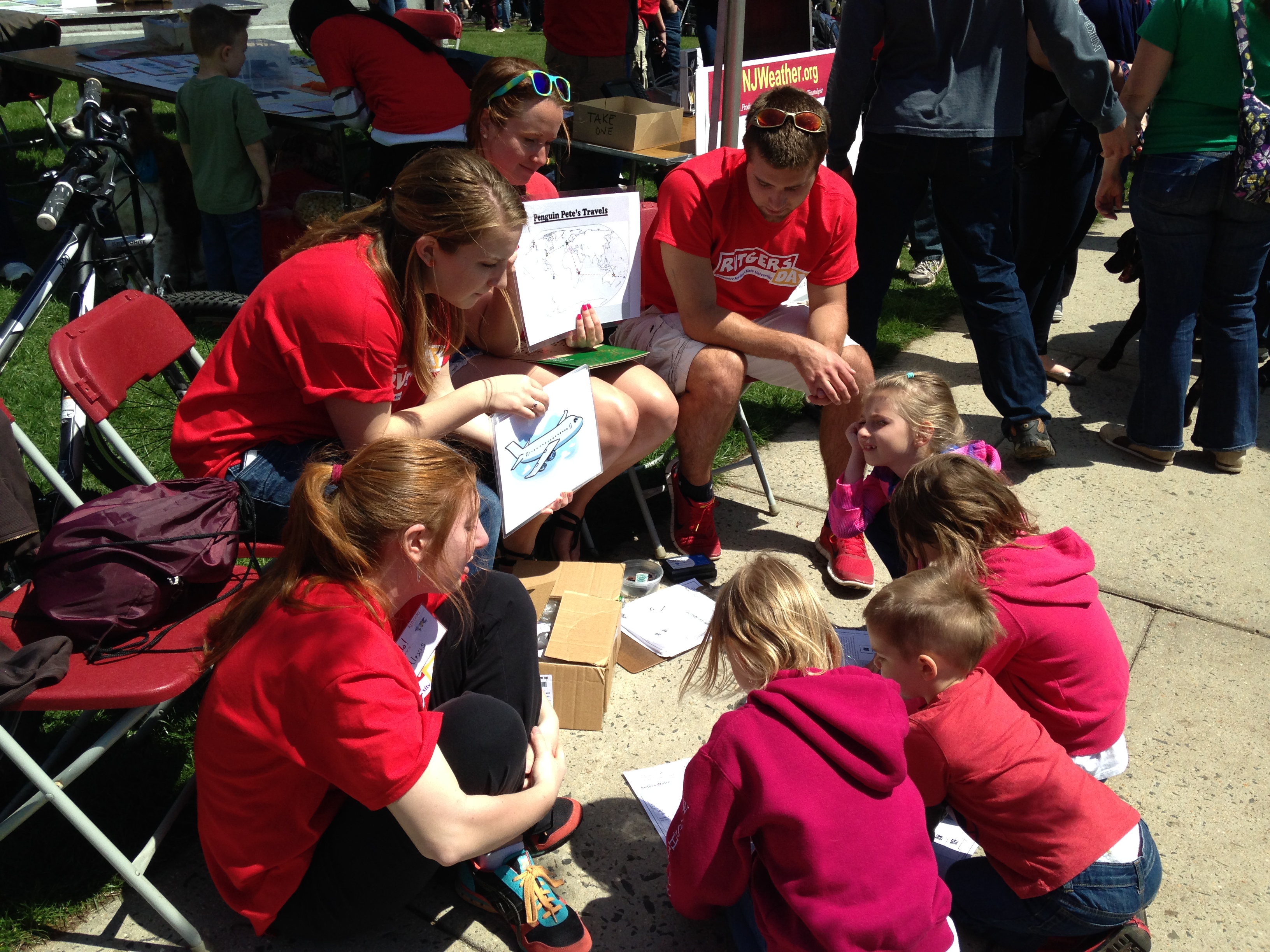 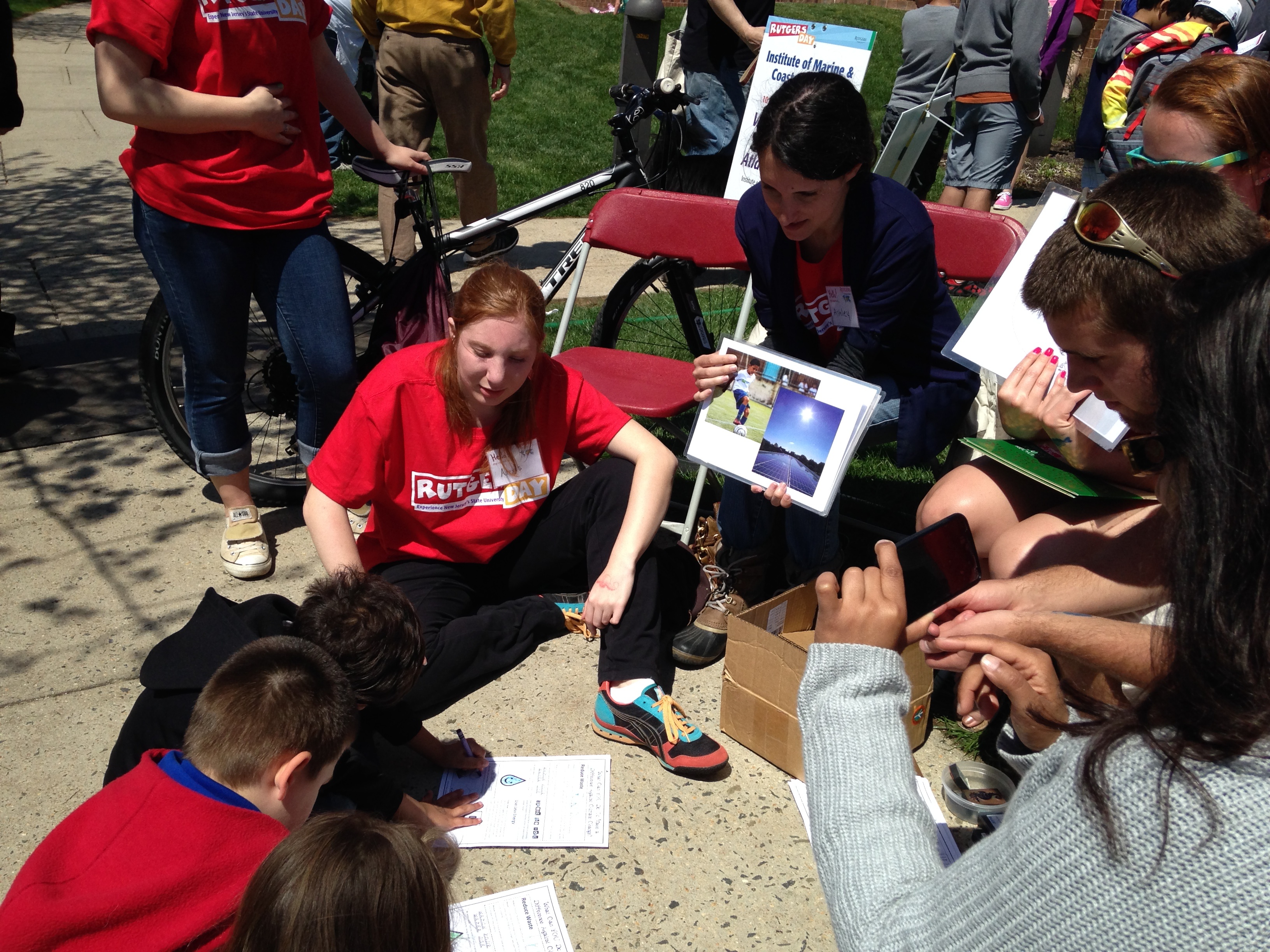 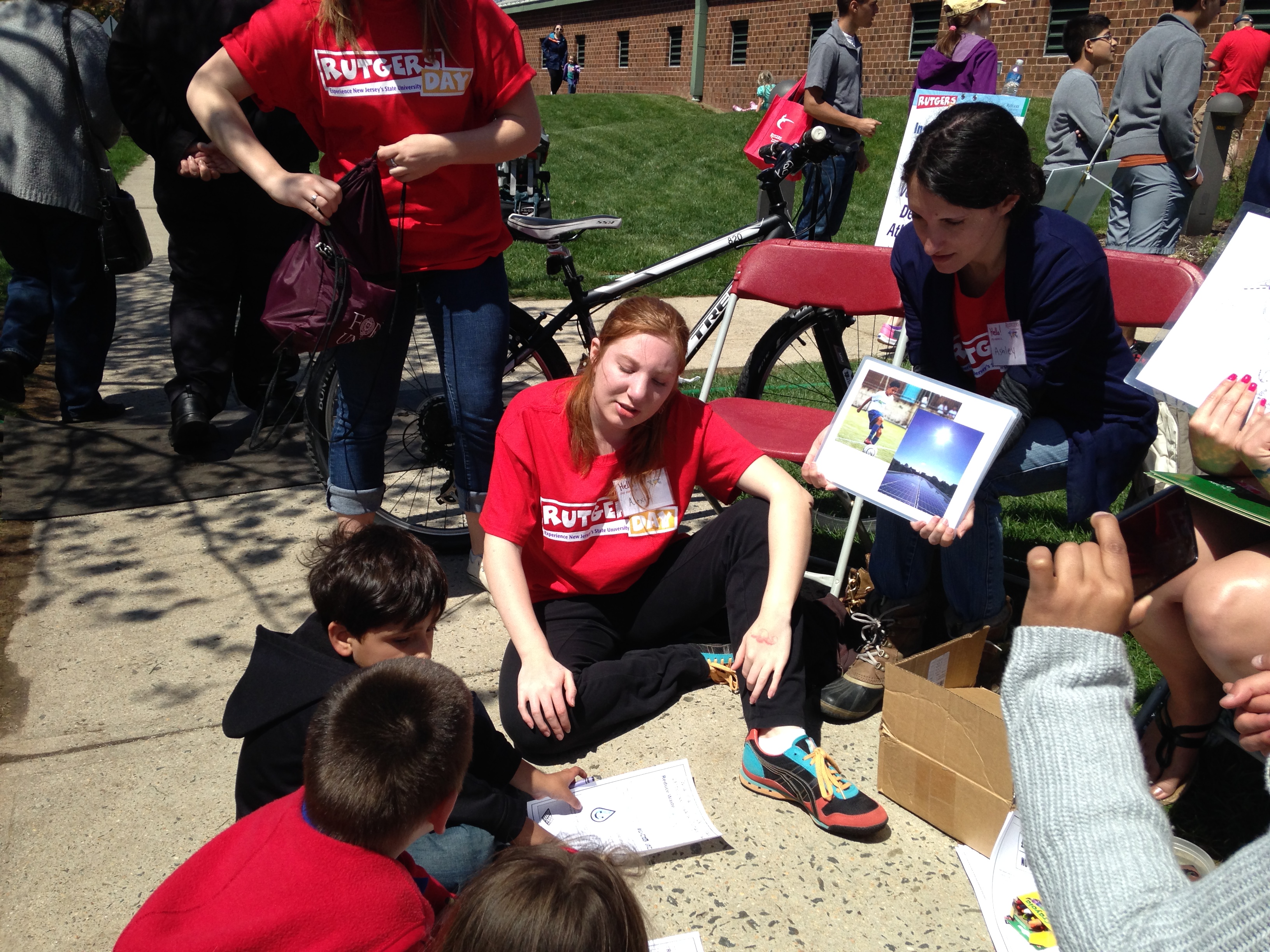 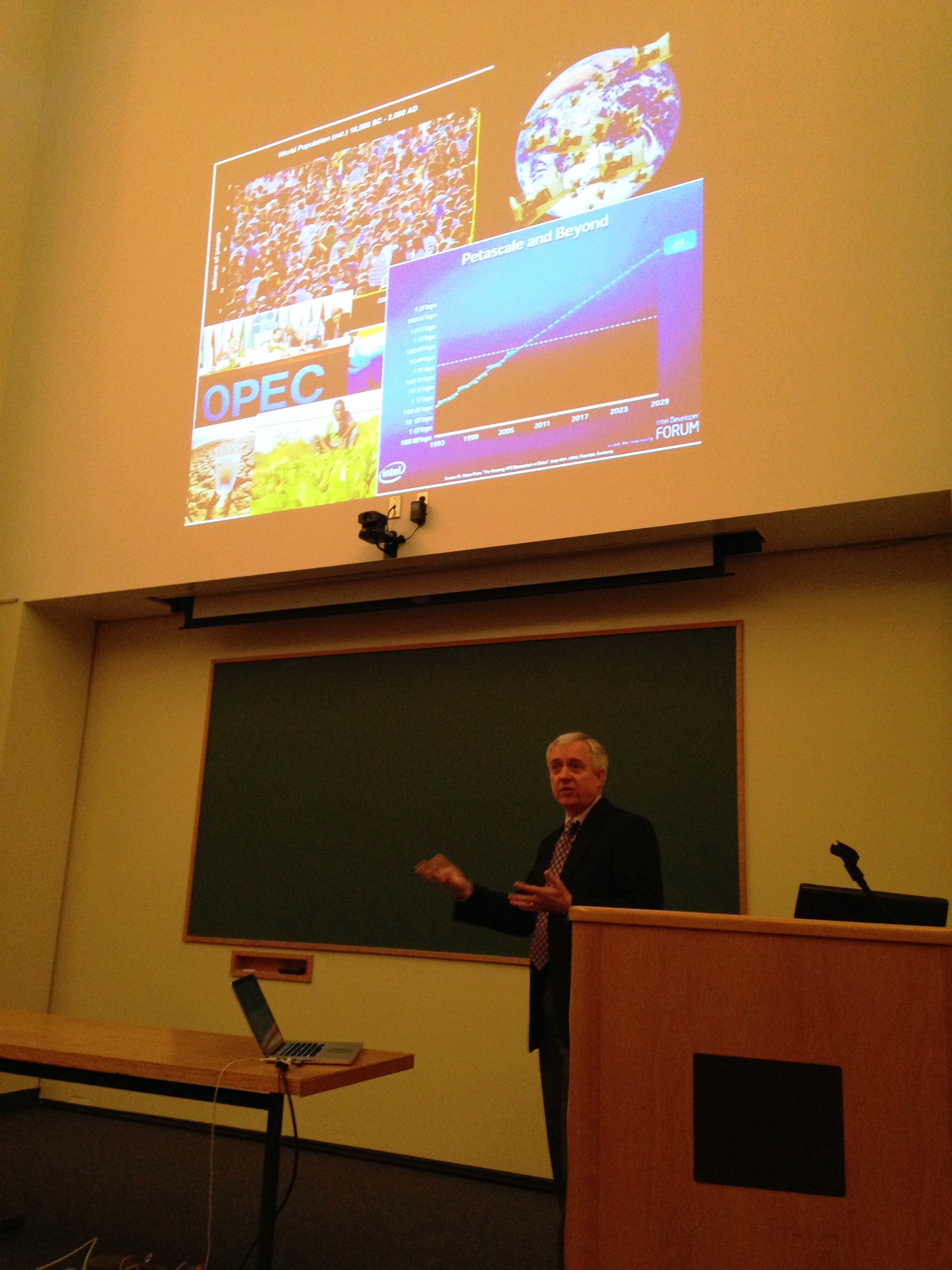 Rear Admiral USN, (retired) David Titley, currently a Professor of Practice in Meteorology and Founding Director of the Center for Solutions to Weather and Climate Risk at the Penn State Department of Meteorology spoke to a packed audience on the Cook Campus, New Brunswick on the risks of climate change to national security. Dr. Titley addressed key questions including: why is climate change a national security issue; how do we know it is happening, and what is the defense establishment doing to prepare for climate change?

On February 24, 2014, Rutgers Climate Institute (RCI), in collaboration with the Cook Campus Dean and six other groups, co-hosted a film screening of Shored Up which drew over 170 students, faculty, and members of the public to the Cook Campus Center on the New Brunswick campus. Shored Up is a documentary that focuses on the impacts and risks of sea-level change on coastal communities from New Jersey to North Carolina. The film screening was followed by a panel discussion, featuring several experts who also appeared in the film. Panelists included Tim Dillingham, Executive Director of the American Littoral Society; Benjamin Horton, Professor, Rutgers University, Institute of Marine and Coastal Science; Jeffrey A. Gebert, Chief, Coastal Planning Section, US Army Corps of Engineers, Philadelphia District and Norbert Psuty, Professor Emeritus, Rutgers University Institute of Marine and Coastal Science. RCI Co-director, Anthony Broccoli, Professor, Rutgers University, Environmental Science, moderated the panel. Read more about the film screening and panel discussion at the Daily Targum. 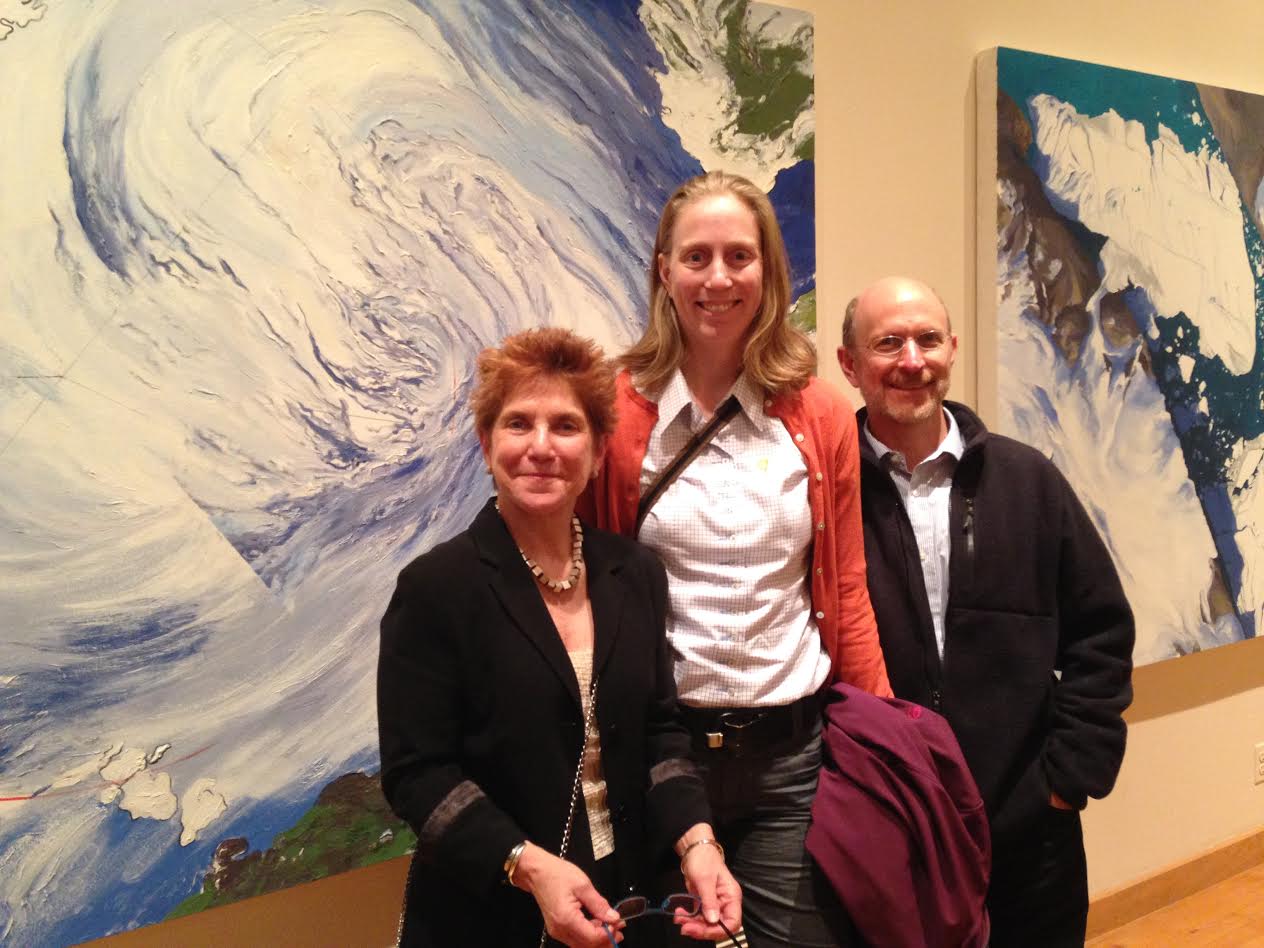 Freeze Frame: Art and the Cryosphere, offered in conjunction with the Zimmerli exhibition Diane Burko: Glacial Perspectives, featured a lecture by Diane Burko, who discussed her recent trips to the Arctic and Antarctica and her experience creating paintings that confront climate change. The lecture is part of the interdisciplinary seminar series, Polar Perspectives on Art and Science. It is presented in relation with the Spring 2014 Byrne Seminar "Arctic Lens: A Journey to The Great North through Film," taught by professors Asa Rennermalm and Hal Salzman (pictured). 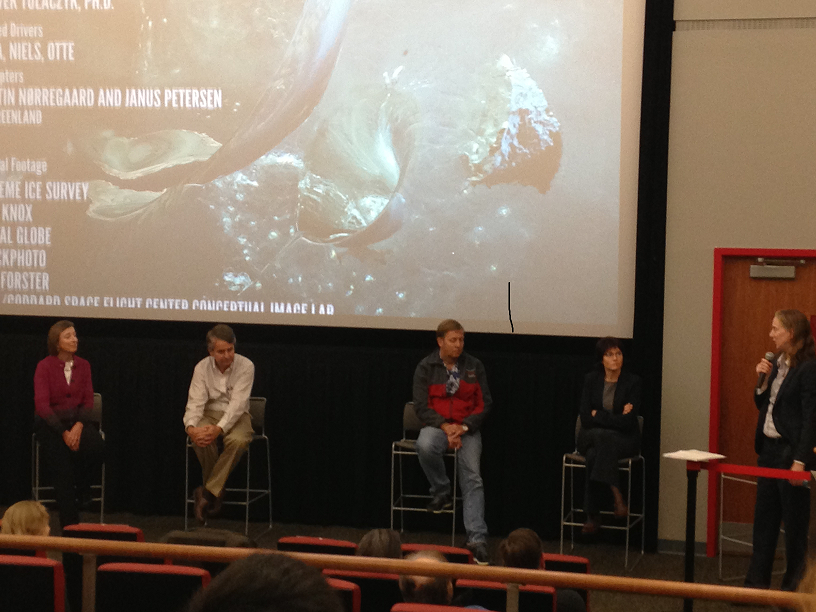 On October 23, 2013, Rutgers Climate Institute, in collaboration with six other groups, co-hosted a film screening of Chasing Ice which drew 150 students, faculty, and members of the public. Chasing Ice is the story of James Balog’s mission to change the tide of history by setting up cameras around the Arctic ice sheet in order to gather undeniable evidence of our changing planet. Attendees also viewed the Rutgers Film Bureau’s trailer of their upcoming documentary, “Beyond the Ice,” which focuses on scientists conducting climate research in the Antarctic region.  According to the Daily Targum, Dena Seidel, director of the Rutgers Center for Digital Filmmaking, and an “outside film crew spent six weeks in the Antarctic collecting footage of the scientists.”

In late October 2012, Hurricane Sandy made landfall in New Jersey -- impacting New Jersey in profound ways. This conference, open to the public, was held in commemoration of the first anniversary of that event and examined the factors leading up to the storm, its impacts, the response and recovery, and the implications for future vulnerability.

The conference highlighted the scholarship that Rutgers' faculty and staff continue to bring to the climate change arena. The keynote address was delivered by Joseph J. Seneca, professor of environmental economics and policy at the  Edward J. Bloustein School of Planning and Public Policy, on "Sandy, Climate Policy, and Rutgers: An Overview."

Read more: Bridging the Climate Divide: Informing the Response to Hurricane Sandy and Implications for Future...