The Hockey Stick and the Climate Wars: Dispatches from the Front Lines. A Lecture and Book Signing featuring Dr. Michael E. Mann. 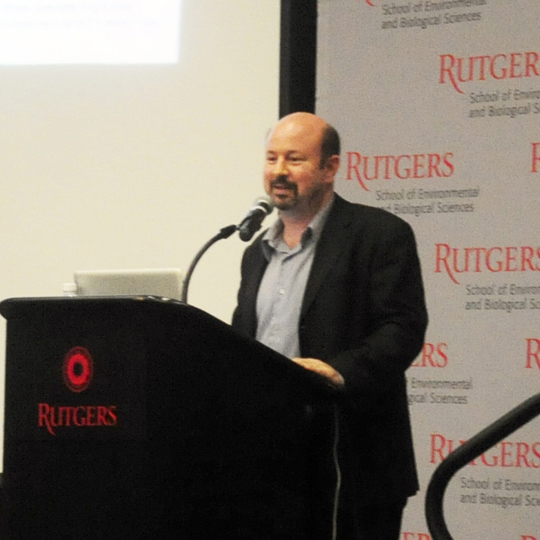 Penn State professor of Meteorology and Geosciences and Director of Penn State's Earth System Science Center, lectured about his new book, The Hockey Stick and the Climate Wars, in a public event sponsored by the Rutgers Climate and Environmental Change Initiative, Rutgers’ Department of Earth and Planetary Sciences at the School of Arts and Sciences and the Discovery Initiative of the Office of the Executive Dean of the School of Environmental and Biological Sciences. The term "hockey stick" is used to describe in simple terms a chart of how the average temperature of earth has changed over the last 1,000 years, demonstrating the link between temperature rise and the increase of fossil fuel use from industrialization. The chart, was first used in the scientific literature in a 1999 paper in which Dr. Mann was the lead author but has become an icon in the climate change debate since its inclusion in the 2001 Third Assessment Report by the International Governmental Panel on Climate Change. Since then, the work of Mann and his colleagues has often been attacked by those attempting to discredit the evidence. Despite this he has stayed resolute and urges that talk about climate change must move away from whether or not it’s happening, towards developing and implementing policies to solve the problem. (Photo (c) Conor Alwell)

Press and Other Coverage